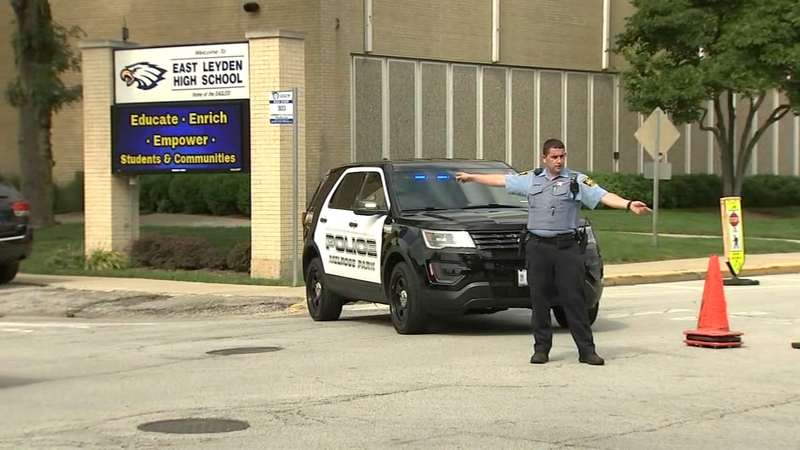 FRANKLIN PARK, Ill. (WLS) -- A student was injured in a stabbing inside East Leyden High School in Franklin Park Tuesday and another student is in custody, the school district said.

The district said there was some type of altercation between the two students at the school about 9:30 a.m. on the second floor of the school, just outside the library. The building was immediately placed on lockdown and police took the suspect in the stabbing into custody, according to an email sent to parents that was signed by Franklin Park police Director Mike Witz and District 212 Superintendent Nick Polyak.

The student who was stabbed, identified only as a male juvenile, underwent surgery at Loyola University Medical Center and is expected to make a full recovery, police said. No other injuries were reported and the situation was contained, the district said.

**Correction on the location of occurrence**occurred on campus, exact location is yet to be determined. Furthermore, East Leyden remains on lockdown, offender in custody & the victim has been transported to an area hospital. At this time, no other reported victims or offenders.

The school lockdown was lifted about 11:30 a.m. and students were dismissed early.

Lockdown has been lifted at East Leyden High School. School will be dismissed shortly for the remainder of the day, including all after school activities. Franklin Park Police are on the scene to assist parents reunite with their children.

Axel Vazquez, a sophomore at the school, is friends with the victim and was with him moments before he was stabbed in the neck.

"Hopefully they didn't take him away from me," Vazquez said through tears.

Vazquez said the victim went to talk to another student about a fight that took place over the weekend. That confrontation apparently turned violent.

"I let him down. He told me to go with him after second period because he was going to confront someone and I didn't go with him," Vazquez said. "I see my friend walking with his t-shirt on the side of his head, dripping blood. I look at the floor and it was full of blood too."

"We've never had something like this in the building," Polyak said. "Obviously everyone's a little shaken. We're working through this together."

It's unclear what implement was used to stab the student. The school does not have metal detectors.

The district issued a statement on support services available to students: