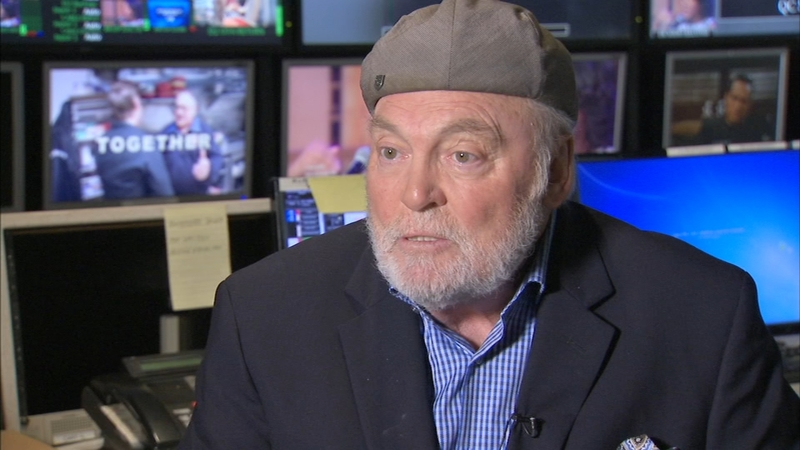 CHICAGO (WLS) -- Stacy Keach is back in Chicago playing Ernest Hemingway in a one man show, just over a year after a terrifying heart attack on the Goodman stage.

ABC7's Janet Davies talked to the actor about surviving to savor this role the second time around.

For an actor it's terrifying to lose control on stage. In May 2017 on a Goodman Theatre opening night, actor Stacy Keach suffered a mild heart attack and the show did not go on.

"I've never had anything like that happen ever, it was devastating and I was grateful that I recovered, and I spent most of my time here recovering right after I had surgery at Northwestern Hospital, I must say everybody there was amazing," said Stacy Keach.

Stacy Keach has now returned to finish what he briefly started -- a run of the Robert Falls production "Pamplona," a one man show about Oak Park's famous son Ernest Hemingway.

"When I got to college I had never read Ernest Hemingway and I read 'In Our Time' and I thought, wow, this guy is writing the way I'm thinking, I mean he was talking to me," Keach said.

Stacy has Chicago ties, too. His dad was a North Sider.

"He lived near Wrigley Field... used to watch the Cubs play, so I feel very connected to Chicago, aside from Bob Falls and the Goodman Theatre, the audiences here are wonderful," he said.

The actor played Hemingway 30 years ago, but at 77, he believe he's finally ready.

"I wasn't old enough to understand and that's probably the most critical point in his life, it's when he decided to take his own life, and I wanted to explore the reasons for that," he said.