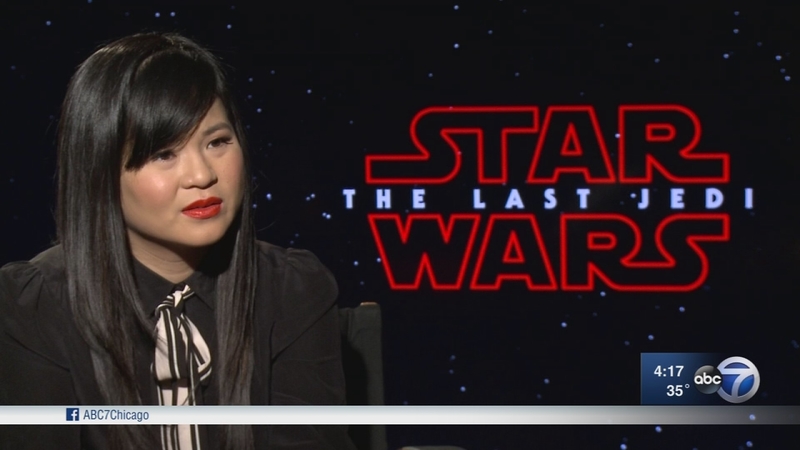 "Star Wars: The Last Jedi" opens Friday, featuring darkness and light, seriousness and silliness, as well as characters who are familiar and new.

"From the beginning it felt like both an honor and a responsibility," she said. "I've always felt that I wish it wasn't like that, I wish that there were so many Asian-Americans in American films that we wouldn't have to feel like this is groundbreaking ... I hope I can do it justice."
Report a correction or typo
Related topics:
arts & entertainmententertainmentmovieu.s. & worldstar wars
Copyright © 2022 WLS-TV. All Rights Reserved.
RELATED
Laura Dern plays new character in 'Star Wars'
TOP STORIES
1 shot by Chicago police officer downtown, 2 more in custody: CPD
2 charged with murder of 8-year-old girl in Little Village: CPD
2 more COVID-based test companies investigated by IDPH, IL AG
FBI: QR code scams on the rise
Saint Anthony hospital moving to Little Village
Man released from prison after twin brother confesses to murder
Chicago Weather: Breezy, milder Thursday
Show More
Arne Duncan lays out violence plan, possibly hinting at mayoral run
Michigan governor not only original target of militia group: feds
Who is Rhone Talsma? Chicago Jeopardy! champ dethrones Amy Schneider
Brothers tortured by Jon Burge still picking up pieces of lives
Husband shares journey after losing wife in crash that killed Kobe
More TOP STORIES News