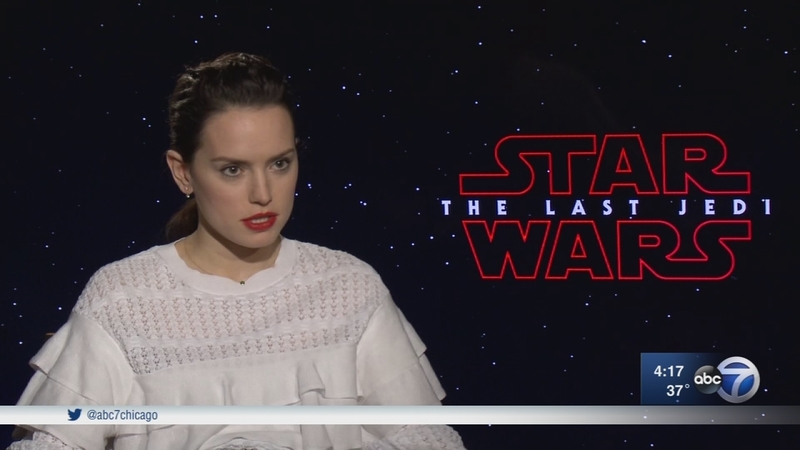 CHICAGO (WLS) -- It's been two years since the last Star Wars franchise hit screens and introduced new characters, including a female hero. The latest film in the series, "Star Wars: The Last Jedi," sees her return.

Rey the scavenger, played by Ridley, is back for the second time. Ridley explained the difference in how she feels this time around.

"I am so neurotic this time, because the first time it was all like sensory overload and it's all so quick and now it's 'oh I know what Star Wars really means to people,'" said Ridley.

The film is a little bit darker than before.

"It's the middle chapter, like the second act of a movie, everyone gets challenged and goes through it. And we're going to go to some dark places," said Johnson.

The set, however, was far from dark.

"The set was such a happy place," said Ridley. "Star Wars in general has been such a wonderfully formative... what filming can be."

Johnson said he still gets super excited during opening crawl.

"Every single time it gets me, that fanfare comes up, I have watched rough cuts of this hundreds of times, this is Star Wars, this is incredible," Johnson said.