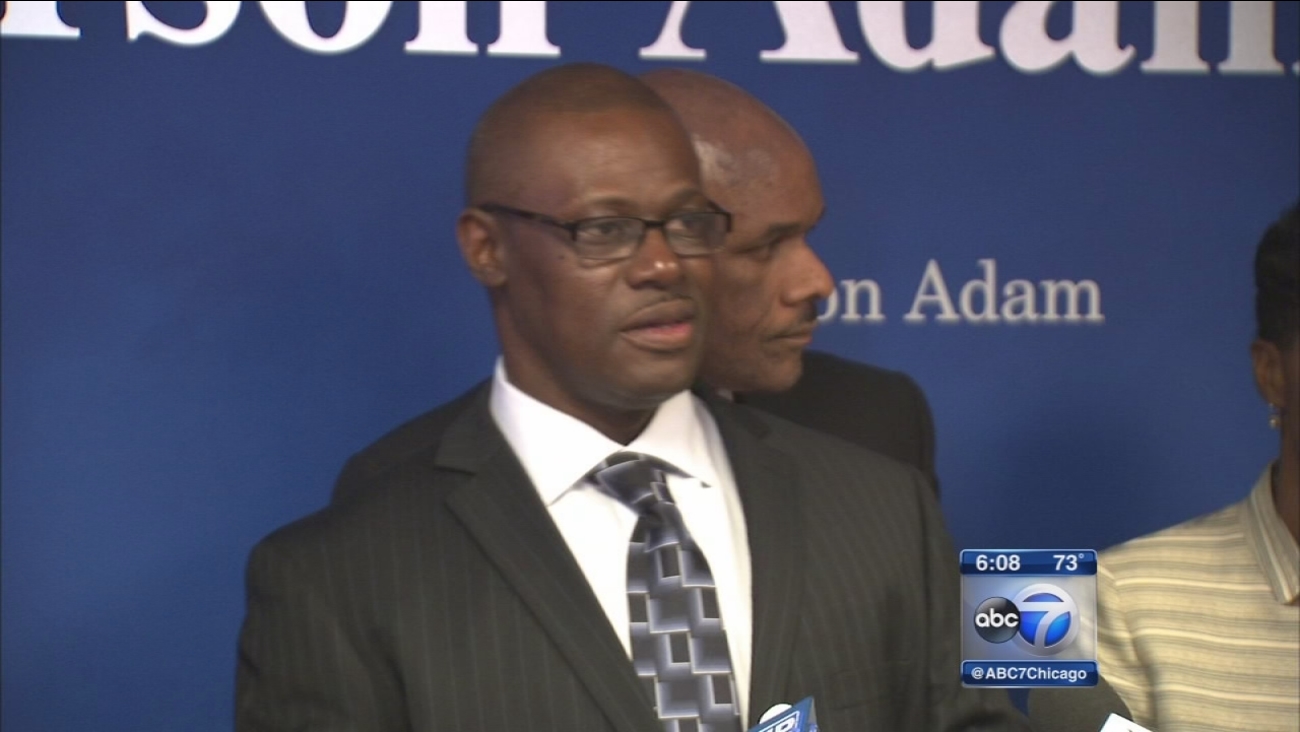 CHICAGO (WLS) -- State Representative Derrick Smith's request to Judge Sharon Coleman to reconsider his trial date due to an injury he obtained in a car accident was denied in an oral motion Wednesday May 21st but not filed until Friday May 23, 2014.

According to the court documents outlining his attorneys' oral motion from last week obtained by the I-Team, Smith's back pain has flared up from a car accident six weeks ago.

Rep. Smith has now been denied two requests for a month-long postponement of his case, so that he can be in Springfield for the end of the legislative session. Smith is considered a crucial "yes" vote in the bid by House Speaker Michael Madigan to make the state's temporary tax hike permanent.

Last Wednesday, Judge Coleman belittled Smith's back pain excuse, observing that he had been in court a few times since April and hadn't raised the issue.

In the weeks since the accident, Derrick Smith has been to the doctor three or four times, his lawyers claimed. They write that he had a "cat scan" a couple weeks ago. Presumably they didn't mean a feline scan, but rather a CT scan.

According to the filing, Smith is said to have been referred to a specialist for the back injury and depending upon the findings, may need surgery. Right now, he cannot sit for extended periods without experiencing significant pain. And it appears Smith will be prescribed pain medication, which will also compromise his ability to focus and participate at trial, his attorney stated.

Neither Smith nor his attorney responded to calls about whether he might also be too medicated on narcotics to understand what is happening during a vote in the general assembly.

Finally, in his last-ditch effort to push the proceedings, Smith maintained that he couldn't get in to see a back specialist until next Monday, June 2, 2014, "which was the first available date."

Illinois political historians might consider that the most shocking part of Smith's motion, an admission by an elected state official that he didn't have enough clout to for a same-day doctor's appointment. Rep. Smith's trial is beginning Wednesday morning on charges he took $7,000 in kickbacks from a day care operator looking for a state grant.

Note: This story has been updated since it first aired Tuesday May 27th, 2014.