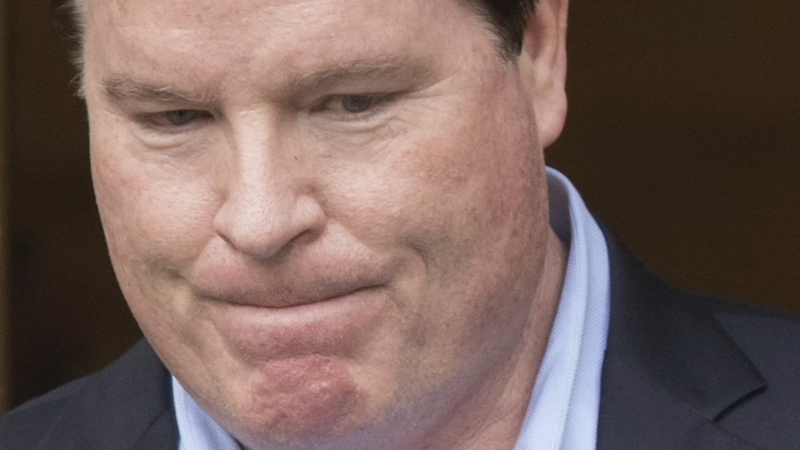 Stephen Calk, founder and former CEO of The Federal Savings Bank in Chicago's West Loop, was indicted last May on federal bribery charges. According to a grand jury, Calk approved $16 million in loans to Manafort in an alleged quid pro quo deal for a top position in the Trump administration.

In newly-filed court documents, Calk's attorneys suggest the government pulled a fast one on U.S. Magistrate Judge Mary Rowland in Chicago to secure a search warrant for the banker's iPhone.

"Because the original warrant affidavit selectively omitted critical exculpatory information, and because the government intentionally or recklessly failed to advise the magistrate of the new evidence that materially undermined the probable-cause showing, the seizure and search of the iPhone violated Mr. Calk's Fourth Amendment rights" states a defense memo in support of suppressing the phone evidence.

Were it not for the alleged sleight-of-hand by prosecutors, Calk's attorneys say "the magistrate would have not have found probable cause and the warrant application would properly have been denied."

According to the Calk legal team, the government knew of substantial evidence that The Federal Savings Bank loans to Manafort "were sound loans by any objective measure, with terms that were advantageous to the bank, and which were secured by property and cash collateral amounting to significantly more than the loans themselves. Yet it omitted this information from its warrant affidavit."

In other words, Calk, 55, is alleging a cover-up by prosecutors.

A spokesman for the U.S. Attorney in the Southern District of New York declined to comment on the allegations of dirty tricks by federal prosecutors in the Calk case.

The indicted banker is asking for a court hearing on the allegations to "determine whether the government intentionally or recklessly left this information out of its warrant application."

In addition to asking the court to block all evidence obtained from Calk's cell phone, his attorneys are requesting access to grand jury transcripts to determine how the iPhone evidence was used by prosecutors to secure an indictment.

They are also asking that the government be compelled to provide correspondence with the Trump transition team. As the I-Team reported early this year, investigators have said that Calk was trying to leverage an appointment as Secretary of the Army in exchange for the high-risk bank loans to then-Trump campaign chairman Paul Manafort. Prosecutors claim that Calk had ginned up a list of other government posts he would accept, including secretary of the treasury and various ambassadorships around the world.

Calk, who never received an administration job, has denied the charges and is free on a $5 million bond. Last summer, federal regulars stripped Calk from his executive position at the West Loop-based bank, or any other bank, during the fraud case.

Calk's Chicago attorney Jeremy Margolis also declined to comment on the filing. "We'll do our speaking in U.S. District Court" Margolis told the I-Team on Friday.

The Manhattan location of the Calk prosecution is also being disputed. Apparently the government chose New York because the Manafort loan manager worked out of Federal Savings Bank's small Manhattan office. Calk has filed a change of venue motion to have the case relocated to Chicago, but there hasn't been a ruling on that motion. Wherever it happens, Calk faces up to 30 years in prison if convicted of financial institution bribery - the actual name of the charge.

For a single-count fraud case, the government has apparently amassed an incredible collection of potential evidence against the Chicago banker.

"To date, the government has produced approximately 853,000 documents in discovery, equating to over 9,000,000 pages" report Calk's attorneys.