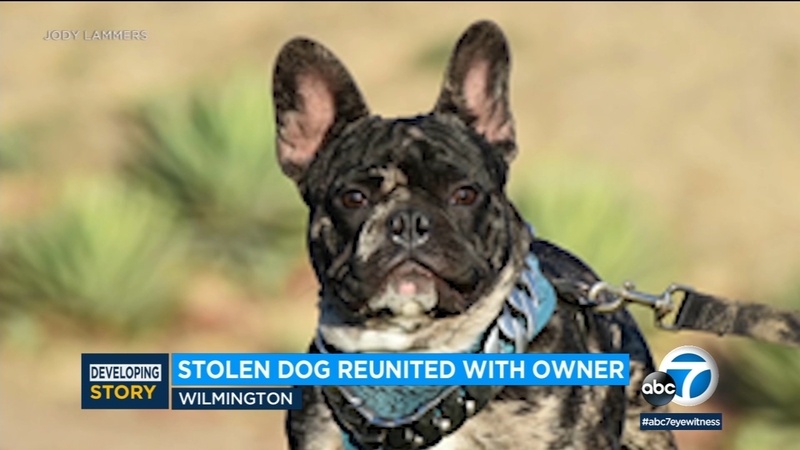 LOS ANGELES -- A beloved French bulldog has been reunited with his family after a man was caught on video snatching "King" from his Los Angeles home, and then selling him for $20.

King's owner, Jodie Martinez, confirmed the good news Sunday. She said that the unsuspecting individual the dog was sold to saw King's face and information on social media, and returned the dog over the weekend.

The suspect was seen on the home's security camera reaching over the fence, picking up the dog, and immediately taking off on his skateboard.

LAPD says they arrested the suspect within 24 hours of the incident, but unfortunately, he had already sold the dog to an unsuspecting individual for $20.

A man was caught on video snatching a French bulldog from a home in Wilmington, and now the devastated owner is asking for help recovering her beloved pet after the suspect sold it for $20, police say.

Martinez says that King is healthy and happy to be back home.