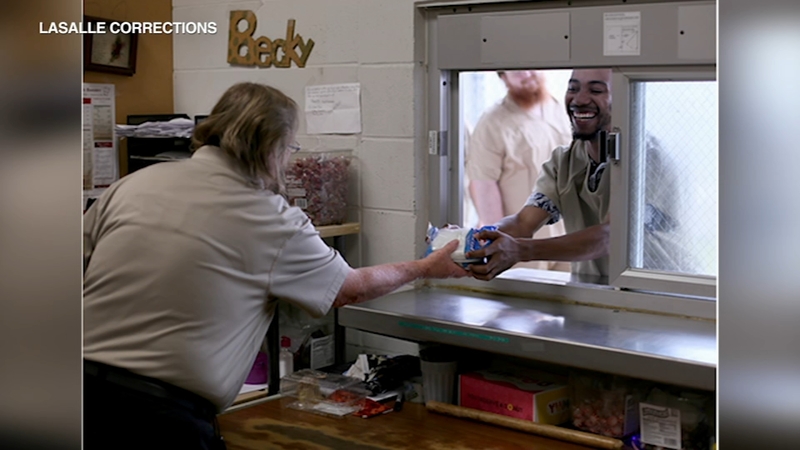 CHICAGO (WLS) -- When you're locked up, candy bars, batteries and aftershave are all important items usually available in the prison commissary. But now those staples and many other items are part of what the director of Illinois' Department of Corrections is calling a "disruption."

Raw material shortages and the global supply chain problem are affecting all of us, including state prison inmates.

Nobody wants to be inside the wire. From the Round House at Stateville, to Menard, and Big Muddy in downstate Illinois, well-stocked commissaries can be the difference between a calm prison population and one that is on edge, potentially putting inmates and staff in danger.

Here, and across the country, personal items prisoners depend on such as vitamins, aspirin, cookies and candy bars, normally are stocked on prison commissary shelves.

Since the pandemic started stifling the regular flow of goods, the shelves have been bare at many penitentiaries.

The ABC7 I-Team has been contacted by relatives of inmates who say commissary shortages have put a strain on already tense prison life; especially for those whose diet consists of commissary food, now in short supply in some facilities according to a memo from the director of the Illinois Department of Corrections, Rob Jeffries.

While IDOC officials say inmate meal services haven't been interrupted, "there has been a reduction in the commissary offering. Items such as, but not limited to, batteries, detergent, and aftershave have been increasingly difficult to procure."

The situation is of such concern at state prisons, director Jeffries has videotaped a message explaining the commissary crisis and what IDOC is doing to try to alleviate the shortages.

Commissary items are generally paid for by modest inmate accounts, although IDOC officials say because of the supply chain shortages they will soon provide free care packages to prisoners containing hygiene items and food products worth about $25.