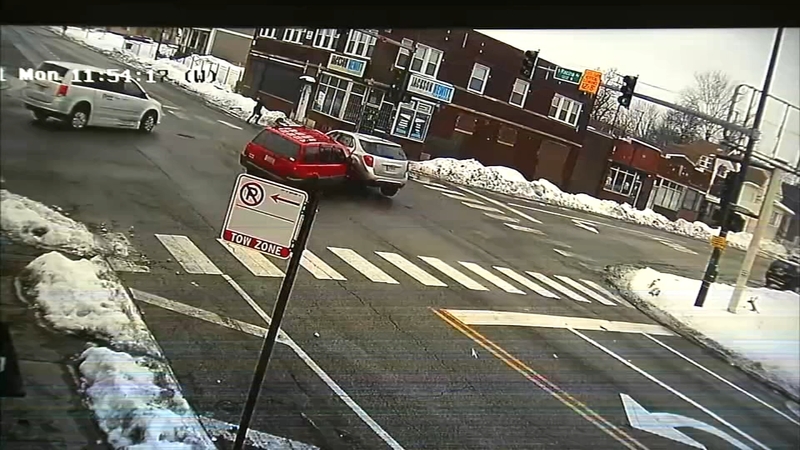 CHICAGO (WLS) -- Surveillance video appears to show an SUV running a red light and crashing into another vehicle before striking and killing a woman in Chicago's Englewood neighborhood on Monday.

Prosecutors said the woman who was hit, 42-year-old Lakisel Thomas, suffered numerous injuries including a broken neck and later died. Video from a convenience store at 74th Street and Racine Avenue appears to show the crash.

"I felt by myself because I only have my mom and that was all that I had my whole life," said Jasmine Miller, the victim's daughter.

Miller spoke to ABC7 and described her last phone call with her mother as the crash was happening.

"We were talking and I heard a 'boom,' it was a 'boom' and I kept saying, 'Mommy, mommy mommy,' and she didn't say anything, so the first thing I did was I put my shoes on and I ran outside because I knew where she was at," Miller said.

The Cook County State's Attorney's Office also said in a video recorded statement, Wade apparently told authorities he was facetiming his girlfriend as he fled.

"I just don't understand why she had to die," Miller said.

The people in the other vehicle had no serious injuries.