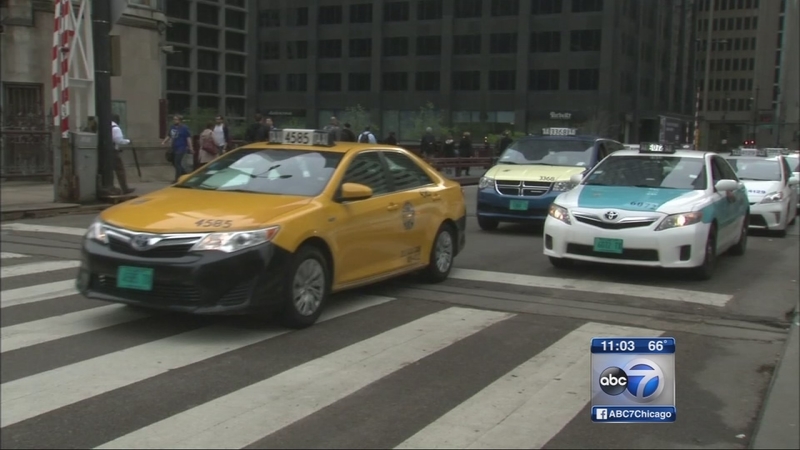 CHICAGO (WLS) -- There will soon be an app for cabs in Chicago. The city just started the selection process for developers of the universal taxi smartphone app.

All licensed taxi drivers in the city will be required to use the app. It is expected to resemble apps used by ride-sharing services like Uber or Lyft.

"When it's raining, people are always ready to get in those cabs," said Brittany Stevens, a commuter.

"It makes it more simple and easy for people. Everybody has a smartphone. If we can just do it on our smart phone rather than taking out cash, then people are just going to do that," said Jon Locke, another commuter.

But the union representing Chicago taxi drivers is not satisfied with the city's push to level the playing field for all drivers. Cab Drivers United wants a guarantee the city won't charge fees to use the app.

Cab driver TK Iusupov said there are challenges facing city drivers that have not been addressed, like paying sizable fees for city medallions and fixed rates.

"It's just not fair. To become a taxi driver, you have to go through all this pain. You have to pay some money to get a chauffeur's license and you have to renew it. It takes a lot of energy to get done with it. But to become an Uber X driver, you get a car, you get an app and you're on the way," Iusupov said.

The city said the new app will allow passengers to pay for their rides electronically. It'll also give an estimated wait time and a fare quote.

City officials also said the app could make taxis more accessible for people in communities where rides are hard to come by. It would also offer an alternative for riders who are uneasy using ride-sharing services.

A launch date for the universal taxi app has not been released yet.