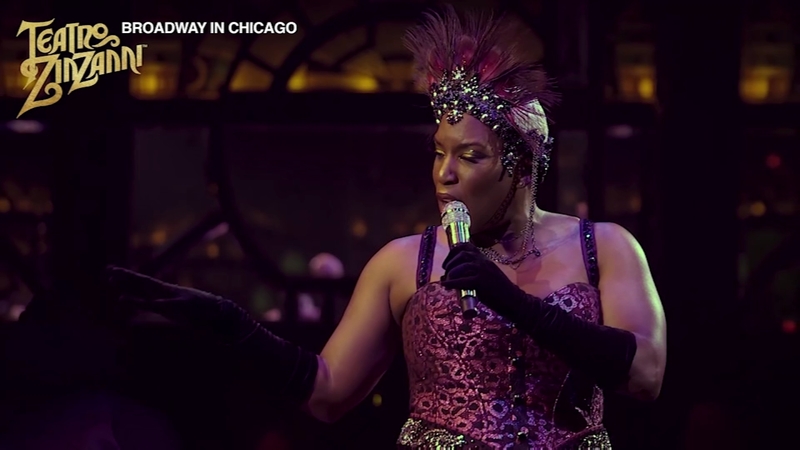 CHICAGO (WLS) -- An experience unlike any other, Teatro ZinZanni has been back in Chicago. But they're showcasing some new blood this time around.

It's described as "whirlwind of international cirque, comedy, and cabaret all served with a fabulous four-course feast."

The latest rendition of Teatro Zinzanni was the first production to reopen in the Loop following the pandemic shutdowns in March 2020.

"I tell people come, come dressed up, don't expect anything just expect for your life to be changed," Warfield told Eyewitness News.

Liv Warfield
In 2006, Liv caught the attention of Prince and was quickly brought in to be a part of Prince's New Power Generation and vocalist for 3rdEyeGirl. In 2013, with Prince's support, Liv refocused on her solo career and delivered another successful album called "The Unexpected". The album received rave reviews not only by critics, but wowed through show-stopping performances in 2014 on Jimmy Fallon, Jimmy Kimmel, and David Letterman. Liv has been nominated for three Soul Train Music Awards and won for Best Contemporary Jazz Performance. In the years following, Liv toured extensively all over the world opening for Prince, Lionel Richie, David Stewart, Cyndi Lauper, Heart, and more.

Tim Tyler
Tim as his creation "Mr PP" has worked extensively for the last thirty five years in theatre, cabaret and variety shows around the world, delighting audiences of all ages.
He was in the Broadway production of "Pomp, Duck and Circumstance" in New York and Atlanta and performed in Teatro Zinzanni show's in San Francisco, Chicago and Seattle.
Mr P.P. has hosted and performed in variety shows around the world, including "Palazzo" Amsterdam, Berlin, Vienna and Basel. He has done seasons in Berlin's Wintergarten, Salle D'Etoile in Monte Carlo, Jongleur's in London, Circus Roncalli"s "Clowns of the World" Ronacher Theatre Vienna, The Last Laugh in Melbourne, Jupiter's Casino the Gold Coast Australia and several Royal Command Performances