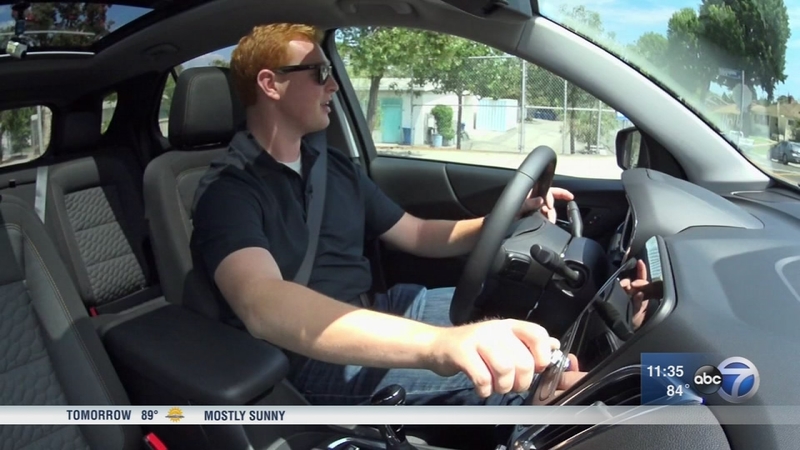 Imagine being able to control the speed of a car when your teenager is behind the wheel. There's new technology that allows parents to do just that.

According to AAA, new teen drivers are three times as likely to be involved in deadly accidents. The top three factors are distraction, not wearing seat belts and speeding. AAA also said on average, four teen drivers will die in crashes each day. The new tech, offered by General Motors and Ford, could help cut these statistics.

GM loaned a car to freelance writer Michael Harley to test the technology for a few weeks and write an article. His son, Patrick, drove the car as part of the test. His parents programmed seat belts, speed and radio volume.

The program provides a "report card" of recorded behaviors, including hard braking, excessive speed and tailgating. For a monthly fee, parents can also see if their teen stays within an agreed boundary.

"In the back of my mind, I know he's going to see what I'm doing later, on the report card," Patrick Harley said.

Sounds a bit like "Big Brother" or parental hovering. It could be, if not used correctly.

"Spying does not work. I do think that having texts and apps relating to driving is going to be part of our kids growing up. However, I think it's going to be critical to be done collaboratively," said Dr. Jodi Gold, a family psychiatrist.

"We think that this is the future when it comes to the next level of ensuring our teens are safer," Hersman said.

She also said she believes the technology will save lives. She's using it herself. Her son, Taylor, just got his license and saw an upside.

"Gives me a little bit more freedom," he said.