Teen shoots and kills dad trying to protect his mom 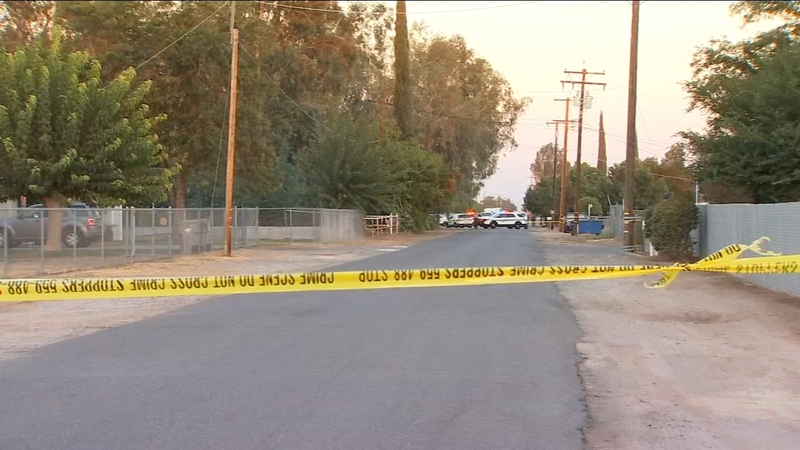 Teen shoots and kills dad trying to protect his mom

FRESNO, Calif. -- The Fresno County Sheriff's Office has released the identity of the man shot and killed by his 16-year-old son.

Detectives say 54-year-old Javier Vera was killed when his son tried to stop him from abusing his mother.

Law enforcement and domestic violence advocates are hoping the community can learn from this tragedy.

Crime scene tape blocking the entrance of this home serves as a painful reminder that domestic violence can be deadly.

"There are about 7,000 calls to law enforcement in Fresno County every year," Marjaree Mason Center Executive Director Nicole Linder.

She says domestic violence is about power and control over someone but it does not just impact the couple involved.

"I hear a lot of people that think and want to pretend that kids don't understand what's going on in a relationship. But the fact is they see they hear they feel and there's a lot of trauma that the kids are enduring when they're in an abusive home," said Linder.

It was at around 4:30 p.m. Saturday afternoon when sheriff's deputies were called to Clinton and Grantland in west Fresno County to find a 54-year-old man shot to death by his son-- who was protecting his mother.

Detectives say they learned the incident stemmed from an argument that turned violent.

"It appears that the husband was at that time strangling his wife so you can imagine there can't be anything more controlling than someone with their hands around your neck cutting off your air supply," said Linder.

Detectives spent the night processing the home for evidence and interviewing the son and have determined the shooting was to protect his mother.

Detectives did not place him under arrest and don't plan to do so.

The teen is with his mother.

Domestic violence advocates and law enforcement are hoping people use this case as a reminder to report any signs of abuse or cries for help.