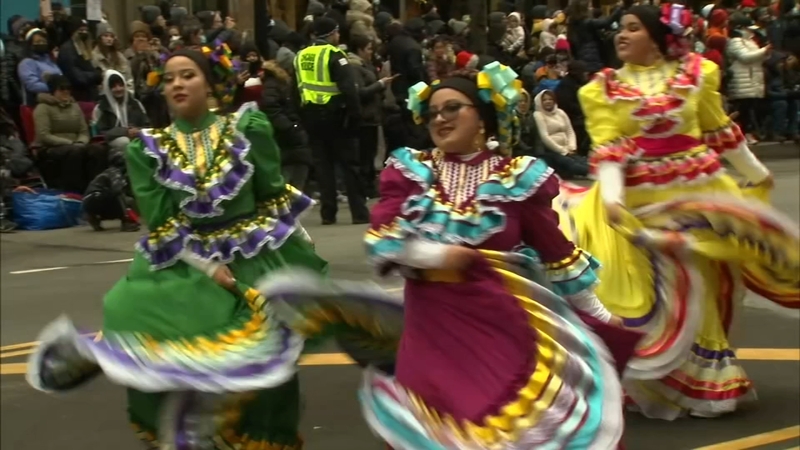 CHICAGO (WLS) -- Chicago's Thanksgiving Day Parade made a triumphant return for 2021 after a hiatus last year.

Those that know got out on the parade route nice and early.

"We got here about 6, set up some chairs," said parade-goer Charles Guilliams.

And the parade did not disappoint. It was a march of cultures, music, floats and more, with an appearance by the man of the season himself, Santa Claus.

Thousands of people in the holiday spirit cheered them on.

How to cook turkey: Recipes, cooking times for Thanksgiving from Butterball

The parade is a longtime tradition in Chicago in its 87th year, one that takes a year to plan, and hundreds of people to help.

"The greatest thing about this parade is the representation of all the different cultures in Chicago," said volunteer manager Jamie Feinzimer. "I just love that we celebrate everybody here and Thanksgiving if the right time to do that."

It was a terrific turnout and even the weather held up for folks to enjoy.