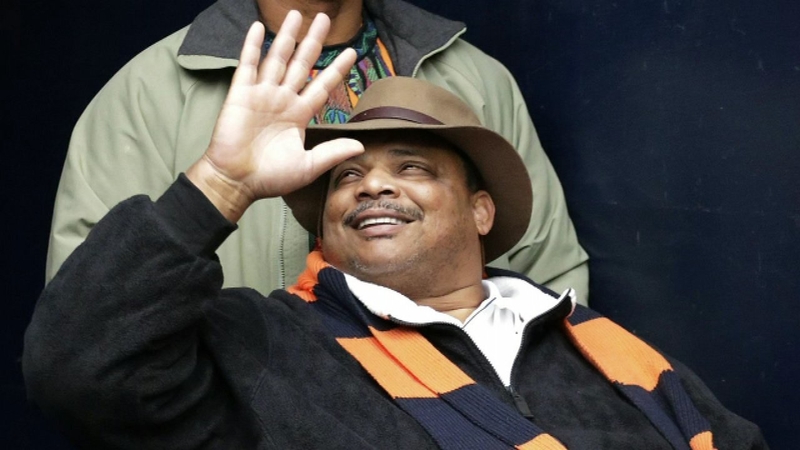 Perry, 53, was in town to attend the Bears vs. Lions game at Soldier Field on Sunday. His brother says Perry went to Northwestern Memorial Hospital on Friday to get more medication for diabetes and other ailments. When doctors checked him, they found a leg infection.

Doctors released "The Fridge" to go to the Bears game under the condition he returned to the hospital after the game, his brother said.

Perry had not been to Soldier Field in years and was welcomed back by fans with a standing ovation. He was seen on the sidelines in a wheelchair, then watched the second half of the game from a suite alongside friends and Bears management.

He returned to the hospital after the game, where he has remained since. Now, his brother says his family is in dispute about when he will be able to go home.

Perry played defensive tackle and fullback for the Chicago Bears from 1985 to 1993.

He currently lives in a retirement community in South Carolina.