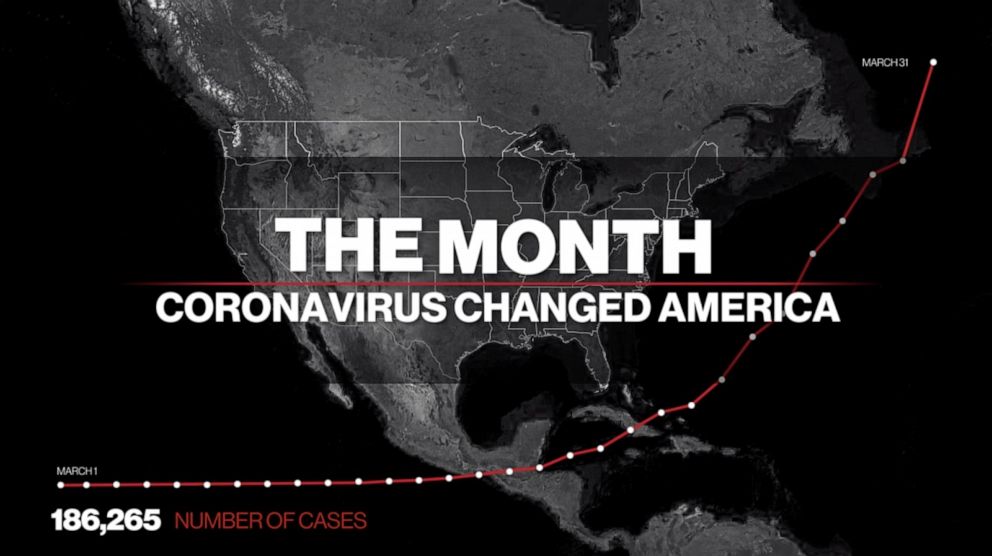 COVID-19's breakneck progression in the United States last month was nothing short of historic.

At the beginning of of the month, the nation's attention was focused on the 2020 presidential election and former Vice President Joe Biden's remarkable Super Tuesday comeback. Less than 30 days later, the election had been largely pushed into the background.

March was the month in which the World Health Organization declared COVID-19 a pandemic, and the month that President Donald Trump declared a national emergency as cases - and deaths - in the United States skyrocketed.

The result would be a radical recalibration of Americans' way of life.

March saw not only the shutdown of sports and entertainment, but the suspension of some air and ground travel. Schools closed, and the stock market plummeted. Bars and restaurants shut their doors. Nonessential workers were directed to work remotely as Americans learned about "social distancing." Americans were told to wear masks in public and to stay home as much as possible to stop the spread of the virus.

In the meantime, health care workers on the front lines of the outbreak struggled to get enough protective gear to do their jobs safely.

What to know about Coronavirus:

Americans should brace themselves for a "very tough two weeks," Trump said near the end of March.