'This is my fetish': Schaumburg man charged in sex assault in forest preserve near Hoffman Estates

WLS
By Alexis McAdams
SCHAUMBURG, Ill. (WLS) -- A Schaumburg man has been charged after authorities said he sexually assaulted and kidnapped a woman on a forest preserve trail near Hoffman Estates.

Ryan Patterson, 27, has been charged in the aggravated criminal sexual assault and the kidnapping of a 48-year-old Streamwood woman, prosecutors said. Patterson is out on bond and detectives are concerned that this isn't the first time he has attacked.

The attack happened on the evening of May 30 in the Arthur L. Janura Forest Preserve near Hoffman Estates. Investigators said the victim was walking along the Poplar Creek Trail when Patterson knocked her to the ground, dragged her into the woods and assaulted her.

After letting the victim go, prosecutors said Patterson told the victim that, "I've been biking down these paths, doing this for years, and I've never seen you."

The man later identified himself to the victim as "Ryan," prosecutors said.

During the attack, police said Patterson threw the woman's cell phone in the woods, then called her number to help her find the device.

Prosecutors said the victim was able to track down Patterson when he texted her the day after her assault and tried to get together with her again. The victim then paid White Pages to look up his information and reported it to authorities, prosecutors said. She was also able to identify him in a photo lineup.

Patterson appeared in court Wednesday where his bond was set at $150,000. He was released on bond and the following conditions: that he surrender his passport, turn in his firearms, be electronically monitored by a GPS tracker, and obey a strict curfew with the exception of work, as well as have no further contact with the victim.

The alleged attack has disturbed neighbors who live near the trail.

"No one has ever said before that they have heard of any incidents like that before," said Margaret Goodall, resident. "As far as I know the trail's been safe. "I've never heard any reports otherwise. I have walked along it occasionally but usually with someone else, not alone."

Patterson works as an actuary at Zurich North America, but the company said he will not be allowed on the property during the investigation.

As of Thursday morning, police said they have not yet received any new reports of assaults connected to Patterson. Police are asking anyone with information about any additional victims to call Sheriff's Police detectives at 708-865-4896.
Report a correction or typo
Related topics:
schaumburghoffman estatesarrestsex assaultkidnapping
Copyright © 2020 WLS-TV. All Rights Reserved.
RELATED 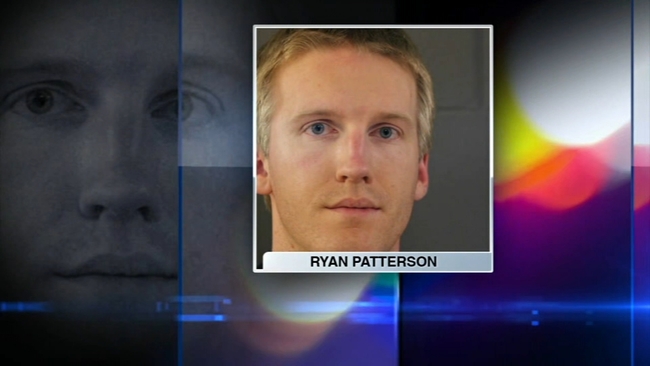