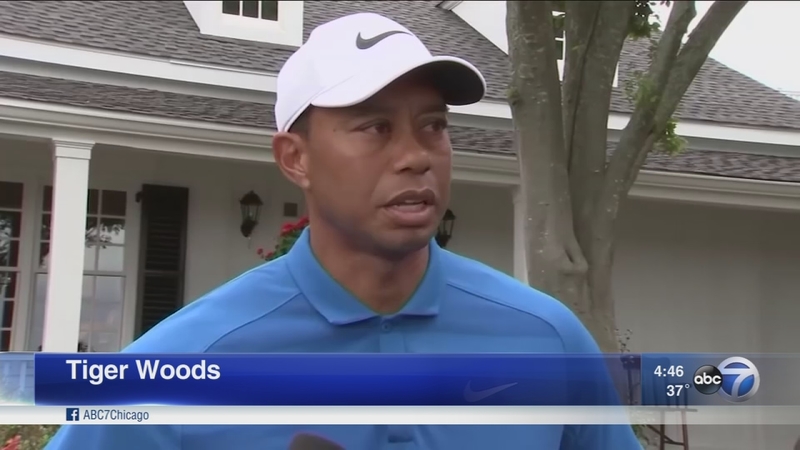 CHICAGO (WLS) -- Tiger Woods revealed this weekend that a personal call from President Barack Obama got him involved in a golf course re-design on Chicago's South Side.

"We can give them so much hope and so many different things and I think this is a tremendous opportunity," Woods said.

The Chicago Park District board is preparing to review long-term plans for the South Side that include the golf course. The board will get an update on Wednesday, but nothing is finalized.

"This only going to become a benefit that is long overdue," said Al Debonnett, of the Jackson Park Golf and Community Leadership Advisory Council.

However, some are concerned the plans would cut into a nature sanctuary and South Shore Beach and could ultimately cost taxpayers for infrastructure changes.

"It takes out baseball diamond tennis courts soccer playing fields and other natural areas and there are no credible replacement plans," said Margaret Schmid, of the Jackson Park Watch.

"Having a golf improvements is good and keeping within the current footprint as opposed to spreading out to other new areas of the park taking over nature area and recreation areas would be good thing," said Brenda Nelms, of the Jackson Park Watch.

Others are looking forward to the improvements, including Hyde Park resident Thomas Lynch, who was golfing at Jackson Park on Monday despite the snow flurries.

"You get off work, you come straight from work and right here to the golf course and then you're done for golf and you're right home for dinner. Can't beat that," said Lynch, who has been playing the Jackson Park golf course for 37 years.

Lynch said he expects fees to go up.