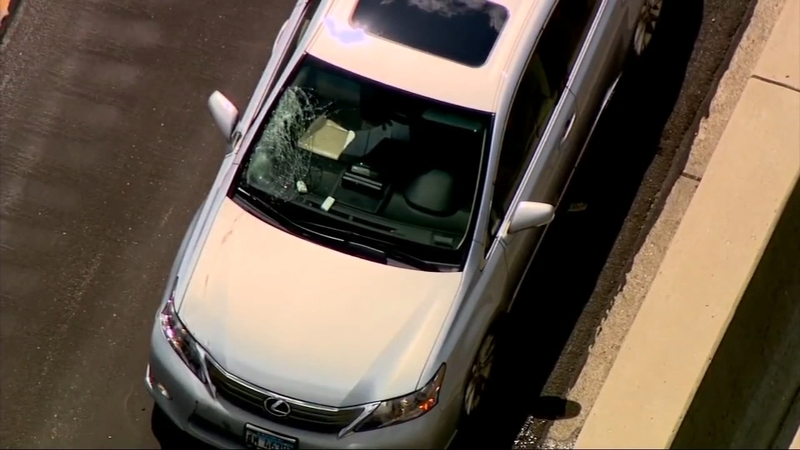 LAKE FOREST, Ill. (WLS) -- A tire crashed into a car with a woman and her children inside on I-94 in Lake Forest as they were on their way to Six Flags Great America.

The trip became its own heart-stopping ride when a semi tire smashed into the windshield of Nikki Siegmund's car.

"Even though I did try to move out of the way, there was nothing I could do. This tire was flying. It was coming too quick," Siegmund said.

Siegmund's two children were in the car with her Thursday morning as they traveled from Plainfield, where they live, to Great America. They were on I-94 in Lake Forest. The massive tire was apparently sitting in the middle of the expressway.

The tire left marks on the hood of her car. Her 12-year-old son was in the front passenger seat.

The I-Team first reported in 2015 on a similar highway hazard: tires separating from moving vehicles and becoming deadly projectiles. The main cause of that is attributed to human error; mechanics or car owners improperly tightening lug nuts.

In Thursday morning's incident it's unclear how the tire ended up in the road.

"I hate to say it, but two hands on the wheel. No phones. You have to just be aware," Siegmund said.