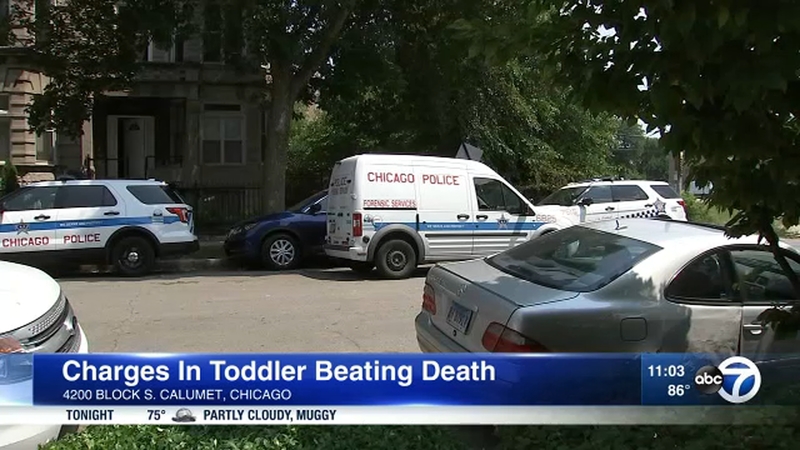 CHICAGO (WLS) -- A South Side man has been charged in the beating death of a 23-month-old boy, police say.

Michael Robinson, 23, was arrested Tuesday after police say he struck the toddler in the head during a domestic incident in the Bronzeville neighborhood.

Robinson is accused of punching the child multiple times in the face about 12:11 p.m. in the 4200 block of South Calumet Avenue, according to preliminary information from Chicago police.

The boy was taken to Comer Children's Hospital, where he was pronounced dead, police said.

A 23-month-old boy was beaten to death Tuesday in Bronzeville on the South Side during a domestic incident, police said.

Police say Robinson remained on the scene after the incident and was taken into custody. He is charged with first degree murder.

Area One detectives are conducting a death investigation.

The child was later identified as Antwun Gayden. He lived on the block where the incident occurred, officials said.