WLS
By Roz Varon
CHICAGO (WLS) -- For the second weekend in a row, the Montrose Bridge demolition over the Kennedy Expressway wrapped up early.

It could have been the great weather, it could have been knowing what to expect after last weekend's work but either way, crews were able to finish the second phase of the Montrose Avenue Bridge demolition ahead of schedule, opening up all outbound lanes by 12:30 Sunday afternoon.

The second phase of the Montrose Ave. bridge demolition was a lot more extensive than the first and not surprisingly had a more adverse effect on traffic.

The last section of the south portion of the bridge, that is over the CTA Blue Line stop and the express lanes, will come down in the next month or two.

When the entire south section of bridge has been removed, it will be rebuilt. Crews will then demolish and rebuild the north side of the bridge. 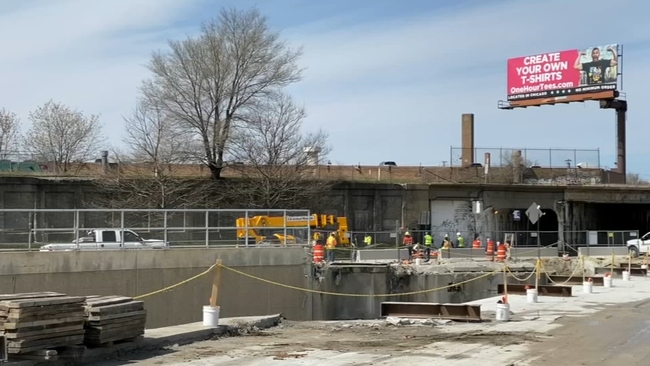