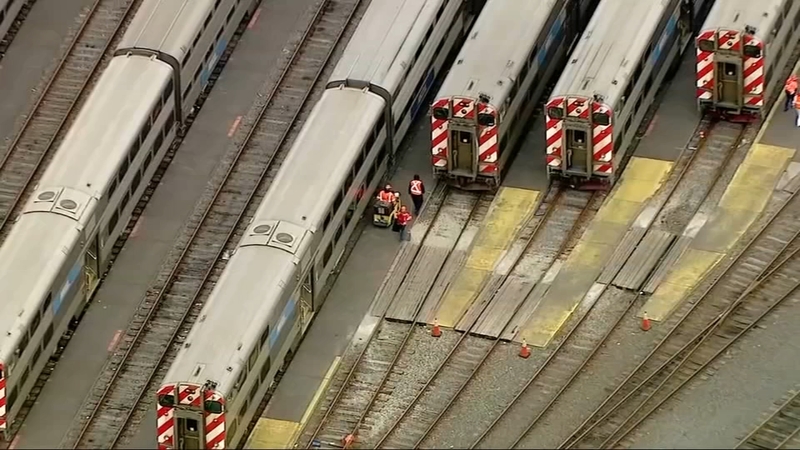 CHICAGO (WLS) -- A congressman and several suburban mayors demanded answers Tuesday for what happened at Union Station this past February when a technical issue stranded nearly a 100,000 Metra and Amtrak passengers.

On Tuesday, leadership from both organizations faced questions about what's being done to improve service and avoid future interruptions.

"Since the moment this took place, Amtrak has been forthright about what occurred and we have repeatedly apologize for the frustration and inconvenience we caused so many Metra in in track customers that day," said Ray Lang, Amtrak senior director of government Affairs, during a hearing in the Loop that Lipinski held about the incident.

Congressman Dan Lipinski (D-IL 3rd District) rides Metra. He said customers are not getting the service they deserve.

But Lang said, inconvenienced passengers should not expect to be reimbursed for cabs or rideshares they had to take that day, or any other day.

"Reimbursement for out-of-pocket costs for getting to their final destination is not something that anybody in the industry does," Lang said.

Amtrak, which owns Union Station also made clear it has no interest in turning over switch operations to Metra, even though the commuter rail agency accounts for 90-percent of the traffic. Besides the February crisis, Tuesday's hearing also focused on every day concerns about Metra delays.

"Random delays that seem to be occurring more and more often, so I live out in Elmhurst, there is constantly, the same train is 10 to 15, 20 minutes delayed," said Ryan Ptak, Metra commuter.

"It's truly at a tipping point, for many of them and if we want people to commit to using public transit, we've got to get this in line," said Sandra Bury, Mayor, Oak Lawn.

Metra's CEO agreed, the transit agency is at a tipping point.

Derwinski estimates $18 billion would be needed over ten years to provide a world class commuter rail system in Chicago.