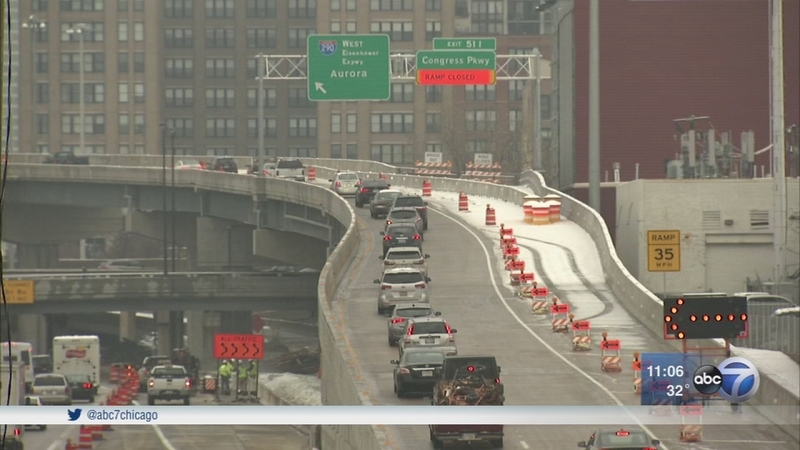 CHICAGO (WLS) -- Sunday was the big day for drivers who use the Jane Byrne Interchange.

One of the two lanes of the new flyover ramp opened early Sunday morning. It connects the inbound Dan Ryan Expressway with the outbound Eisenhower Expressway.

During the first weekday morning commute, there were some delays as drivers acclimated themselves to the new configuration to access the flyover ramp.

Crews also opened the Roosevelt entrance ramp to the inbound Dan Ryan and restored the ramp to the Stevenson Expressway to the Dan Ryan back to two lanes and MOnday morning, the extra traffic coming in at those points created its own bottleneck.

The flyover ramp project has been under construction since September 2014. A total of eight primary ramps will be rebuilt as part of the Jane Byrne Interchange reconstruction project. Improvements will be made to several nearby entrance and exit ramps on the Eisenhower, Kennedy and Dan Ryan.

The other lane of the new flyover ramp is expected to open in the summer of 2018.