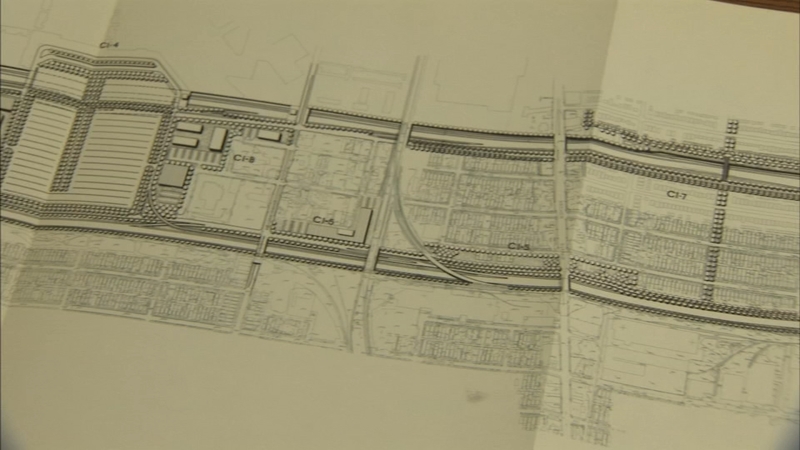 What's Driving You Crazy: Why did CTA not build crosstown transit line?

CHICAGO (WLS) -- A CTA rider wants to know why the CTA has never built a crosstown transit line west of the Loop. Well, they almost did!

The CTA 'L' system was originally built by private companies. The first line was opened in 1892 by the South Side Rapid Transit Railroad Company. The CTA didn't take over until 1947 when the city was planning subway and rapid transit expansions along with expressways.

"In the post WWII era, the plan for a crosstown rapid transit line was married with the city's line for a crosstown expressway and what had been two separate projects became intertwined after that," said Graham Garfield, CTA Customer Information GM, historian.

Several corridors were looked at and the city decided on Cicero, connecting the Kennedy to the Stevenson Expressway, turning east along 75th street to the Dan Ryan.

"It would have had, basically, travel lanes in two directions that were separated by about a half mile of space and it was perceived that this would allow for redevelopment of that area," said Luann Hamilton, CDOT deputy commissioner, division of project development.

"By the time the cross-town was going to be constructed in the 1960s and 70s there was a lot more awareness of the negative impacts of the expressways on cities, so there was opposition," Hamilton said.

So much opposition that by 1979, the crosstown route was de-designated as an expressway and transit alignment. As for the nearly $2 billion in federal funding set aside for the project? Portions were used to build the Blue Line extension to O'Hare as well as developing the Orange Line.

Will the CTA ever reconsider a crosstown transit line?