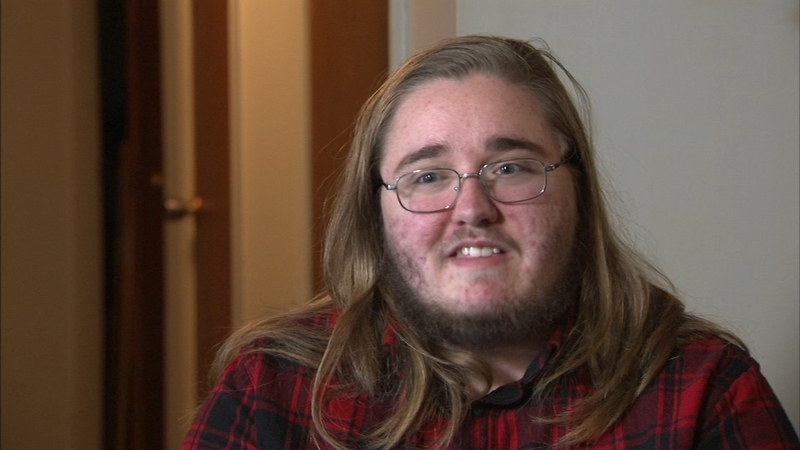 Dave Green was 14 years old when he told his parents he identified as male.

His parents accepted him, but the next big hurdle was school.

"I had previously come out as a lesbian at one point and that went over very poorly, so I wasn't ready to come out again, it would have probably been worse," said Green, who was attending Bolingbrook High School at the time.

Green said he was bullied and saw the same happening to other LGBTQ students.

"He was always an honor student in grade school and middle school, but when the lack of acceptance was happening, the grades started slipping, there was a lot of depression, he didn't want to go to school," said father Patrick Green.

Green decided to move his son to a different school district.

Dave Green transferred to Hinsdale South High School where he was immediately accepted.

"I was fully expecting to have to use the women's restroom or something similar, just not the men's restroom. So I was surprised and relieved that I wasn't going to be treated that way at Hinsdale South," he said.

Besides the use of men's bathrooms, Hinsdale South allowed Dave Green to go by his new name even though his name had not been legally changed yet.

Hinsdale District 86 Superintendent and South's principal said diversity and acceptance have always been part of the school's culture.

"With this particular student we saw him the same way we see every one of our students and making sure he was comfortable and had what he needed to succeed," said Arwen Pokorny Lyp, Hinsdale South principal.

Dave Green thrived at Hinsdale South by getting top grades and SAT scores. He is now an 18-year-old Northern Illinois University freshman, majoring in psychology and hopes to be a therapist for trans youth.

Green hopes every school district can take a page out of the Hinsdale South playbook.