WLS
By Stacey Baca
CHICAGO (WLS) -- If you plan to take advantage of the Lakefront Trail, you will notice several changes along the way this season. First, designated bike and pedestrian lanes, separating the two groups, are now open.

Bicyclist Trevor Johnson was out on his first ride of the season today. "It was really nice to have your own separate space," he said. "I think it's going to be fantastic.

The Chicago Park District has completed the following three stretches, separating the trails for bikers and pedestrians, including the jam-packed area around North Avenue Beach: 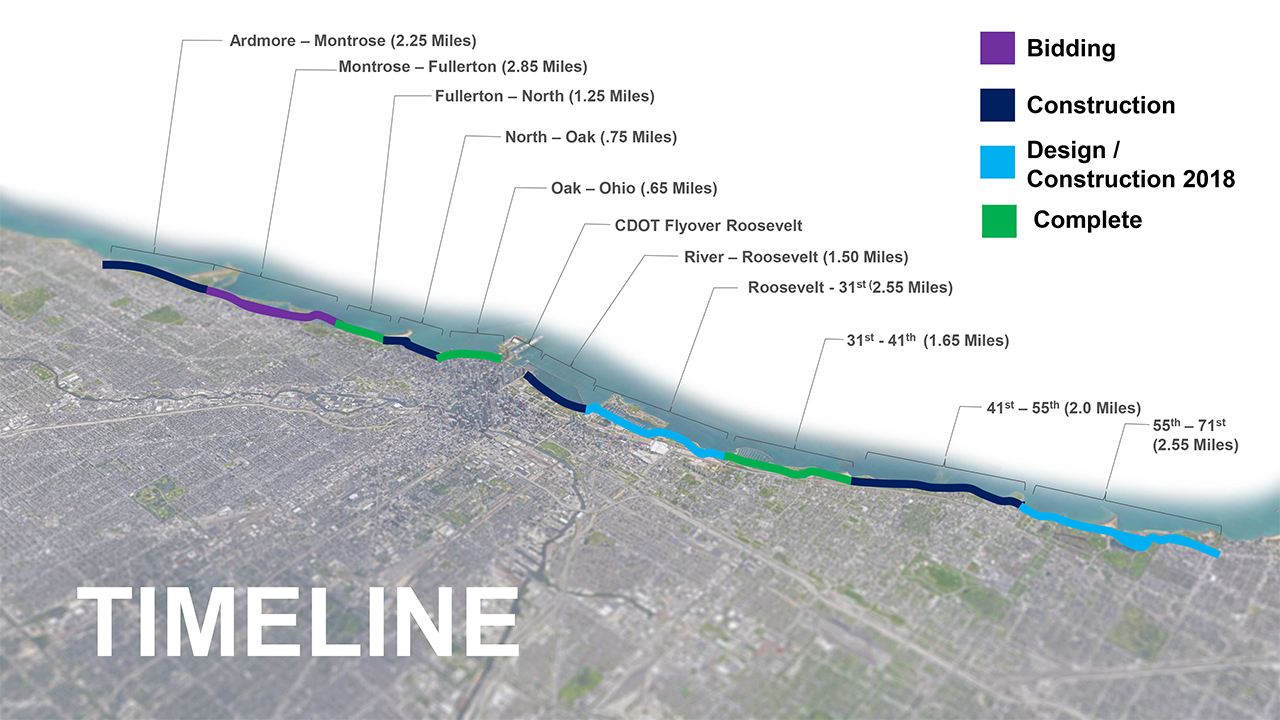 About 4 miles finished, 14 more to go, according to the park district's map. The majority of the trail is now under construction or in the design phase. It will take some time for everyone - bikers, inline skaters, walkers, joggers - to get used to the new designs. In fact, there is a learning curve.

"Because I'm an inline skater today, I didn't even notice and I went on the wrong path," said Kelly McDermott. "So I think it will take people awhile to get used to it, but I think it's a great change."

Overall, people who use the trail are excited for the designated lanes.
"It will probably make it a lot easier and more peaceful to have an enjoyable ride or walk along the lake," said Kwame Foucher, a jogger and bicyclists. "And I ride too, so not having to scream, 'On your left! On your left!'"

Another issue is the Navy Pier Flyover, which is still being built. The project has three phases, and the second phase just got underway. Mike Claffey, a spokesman for Chicago's transportation department, said the flyover that crosses over Illlinois and Grand Avenue will be finished by the end of the year.

"We are asking the city to take a lower section of Lake Shore Drive and actually widen the sidewalk - which currently serves as the trail there - to make it more comfortable," said Ron Burke, the Alliance's executive director.

Claffey said the lane will be closed when phase three construction begins. The Alliance, however, would like to see it changed as soon as possible.