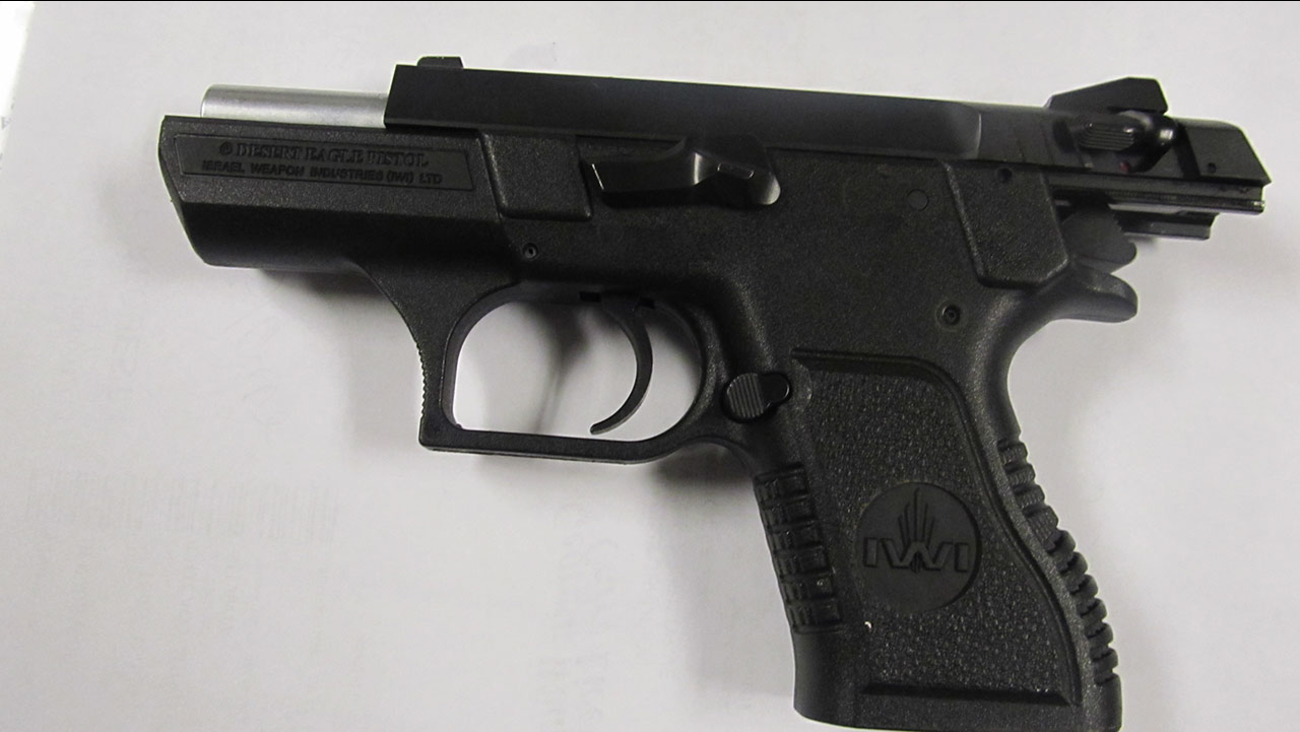 This loaded 9mm Desert Eagle firearm was discovered by the Transportation Security Administration (TSA) in the carry-on luggage of a 35 year-old male passenger at Midway Airport. (TSA)

CHICAGO (WLS) -- TSA agents found a loaded gun inside a carry-on bag at the security checkpoint at Midway International Airport.

Kevin Champion, 35, was arrested by Chicago police at Midway on August 18. He is charged with a misdemeanor carrying concealed firearms in an airport.

Officials said Champion, who lives in Georgia, was flying to Hartsfield-Jackson International Airport. He was released on bond, police said.

The 9mm Desert Eagle firearm is the sixth weapon found in carry-on luggage at Chicago's Midway Airport in 2014. Firearms can be transported in checked bags if unloaded, properly packed and declared to the airline.