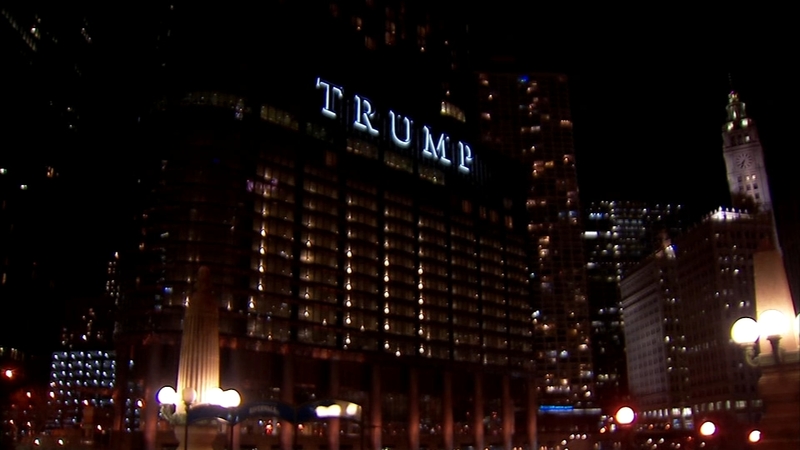 CHICAGO -- The Manhattan district attorney's office subpoenaed documents from an investment company that loaned the Trump Organization millions of dollars for its Chicago skyscraper in a sign that the investigation into the former president's finances continues to expand, people familiar with the investigation told CNN.

Prosecutors issued the grand jury subpoena to Fortress Investment Management late last year, the people said, as part of their wide-ranging investigation into former President Donald Trump and his company.

Investigators' interest in how Trump and his company treated the Chicago loan is an expansion of an inquiry that encompasses multiple aspects of the Trump business.

Prosecutors are examining whether the company misled lenders or insurance brokers about valuations for certain properties. They are also investigating fees paid to consultants and a conservation easement taken on a New York family estate called Seven Springs.

Their interest in Fortress relates to a $130 million loan the company made to the Trump Organization for the construction of a luxury hotel and condo tower in Chicago.

By 2012, Fortress subsequently forgave more than $100 million of the loan, which, including interest and fees, was worth about $150 million, according to court filings. The forgiveness was done to secure a partial re-payment of about $45 million at a time when the real estate market was suffering from the financial crisis.

Prosecutors with Manhattan District Attorney Cy Vance's office are looking into whether Trump and the Trump Organization recorded the loan forgiveness as income, as required by the Internal Revenue Service, and paid the appropriate taxes, the people say.

Fortress has not been accused of any wrongdoing. Representatives for Fortress and the Manhattan district attorney's office declined to comment.

The Trump Organization did not respond to a request for comment.

Alan Garten, the general counsel for the Trump Organization, declined to comment. He previously told The New York Times in October that the company and Trump appropriately accounted for and paid all taxes on forgiven debts.

New York Attorney General Letitia James first raised questions about Trump's handling of the Fortress loan last fall when her office disclosed in a court filing that it was investigating whether Trump and the Trump Organization recorded the forgiven amount as income and paid taxes or whether there was some explanation as to why that wouldn't be required.

The attorney general's office said at the time that information about the transactions was "significant" to its civil investigation.

The New York Times, which obtained Trump's taxes, said the forgiven debts showed up in Trump's tax returns as cancelled debts. The Times wrote that Trump took advantage of a law enacted after the 2008 financial crisis that allowed companies to spread out income from cancelled debts over several years.

Prosecutor's interest in Trump's handling of the Fortress loan forgiveness comes as the district attorney's office has begun digging into Trump's tax returns and other records it received from Mazars, Trump's long-time accountant.

In addition to tax returns, investigators obtained financial statements and work papers that may shed light on the decision-making process behind the treatment of the cancelled debt. It could also reveal any internal debate and discussion that could help prosecutors determine the intent behind any conclusions they reached.