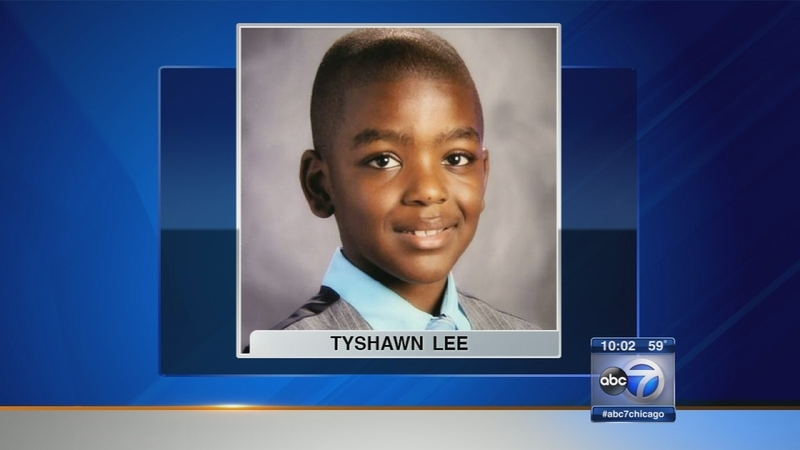 CHICAGO (WLS) -- A person previously questioned in the shooting death of 9-year-old Tyshawn Lee is back in police custody and charged with an unrelated crime.

It's not uncommon for police to keep a close eye on someone who they think may have been involved in a murder. A source says that's what happened when police got a tip that a convicted felon had a gun. Police say they found two on him when they arrested him in Oak Lawn.

It's been two weeks and a day since Tyshawn was gunned down in a South Side alley. Police say he was
targeted for a relative's gang ties.

On Tuesday night, a police spokesperson confirms a 27-year-old felon whom detectives previously questioned in Tyshawn's death is locked-up on an unrelated gun charge. Those two guns are now being run through a police database to see if they can be linked to any crimes.

If detectives were hoping the arrest would coax him into cooperating, a source says that hasn't happened. Instead, he lawyered up.

Silence has been a problem since Day 1 for investigators hunting Tyshawn's killer.

Late Tuesday evening, police said in a statement: "CPD will continue to use every legal resource to build the strongest prosecution possible and hold Tyshawn's killers accountable."