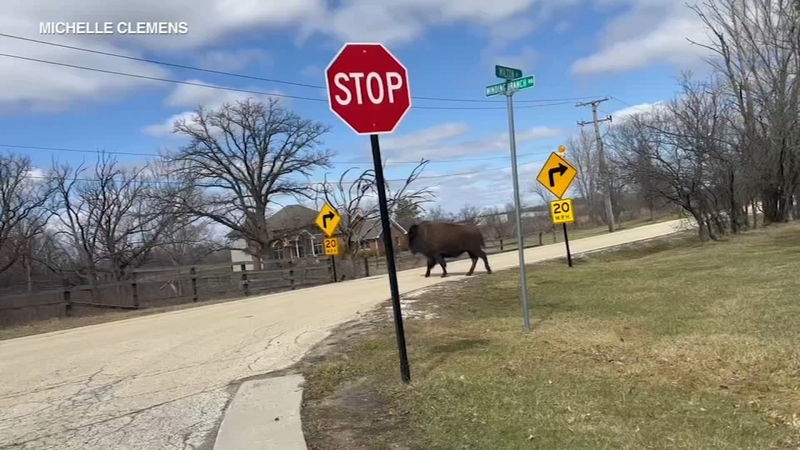 Months after the American buffalo escaped her home at a farm in Wauconda, officials said she was successfully captured in Lakewood Forest Preserve.

"We are thankful the animal has been removed from the forest preserve safely before Memorial Day weekend when attendance at preserves increases," said Mike Tully, chief operations officer for the Lake County Forest Preserves. "The safety of our users and the animal has been our No. 1 priority throughout this process. Bison are considered domestic livestock in Illinois, therefore roaming free in a public forest preserve is not an appropriate place for it to call home."

Tyson is believed to have run off from her owner's farm in Wauconda in September 2021. Officials said they believe she settled in Lakewood Forest Preserve in early April.

Monday, forest preserve officials brought in the owner of Loose Cattle Caught to help with her captured. They utilized specialists, a drone, a horse and a dog to find her.

She was found early Wednesday morning and "lightly tranquilized," forest preserve officials said; the level of sedation did not cause her to fall to the ground or put her in danger, but instead slowed her down.

Officials said she then made her way into a barn for food and Loose Cattle Caught owner Matt Noble was able to close the door behind her. He then backed his trailer up to the barn and was able to take her back to his compound.