'Diversifying the cockpit:' United Airlines recruiting 5K pilots for new flight school; half will be women, people of color 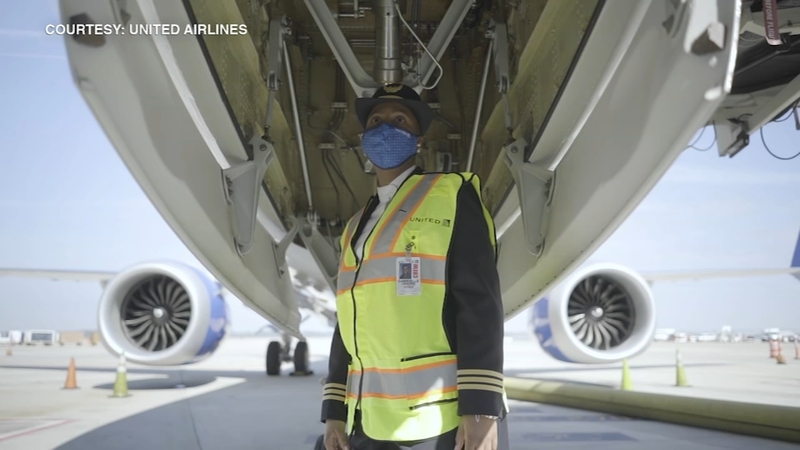 United Airlines 'diversifying the cockpit' with new flight school; recruiting 5K pilots, half will be women, people of color

CHICAGO (WLS) -- The airline industry expects to recover from the pandemic in a couple of years and when it does, United plans to diversify the cockpit.

It launched a flight school called United Aviate Academy with the goal of training 5,000 pilots by 2030. Half of which will be women and people of color.

"I've had the pleasure of flying the Boeing 737, the Boeing 777 and now the Boeing 787 ," said United Airlines pilot Gabrielle Harding.

Harding said while growing up in Detroit she had access to programs that sparked an interest in flying but she says many minorities are just not exposed to aviation.

"The fact that United has decided to reach out and diversify the cockpit more is wonderful considering the cities in which United serves," said Harding. "They are cosmopolitan diverse urban cities."

"It was in my blood, there was never a moment I didn't think I was going to be a pilot," said Kevin Mack.

Mack was a regional pilot for Delta Airlines for five years but switched gears.

"This was that post September 11th environment where the airlines were going into bankruptcy left and right and they were all shrinking and laying people off," said Mack.

Mack said this recruitment effort by United is coming at another transitional time for the airline industry in that a large number of pilots are nearing retirement.

That's why United said it plans to break down barriers and give more aspiring pilots a more direct path to jobs.