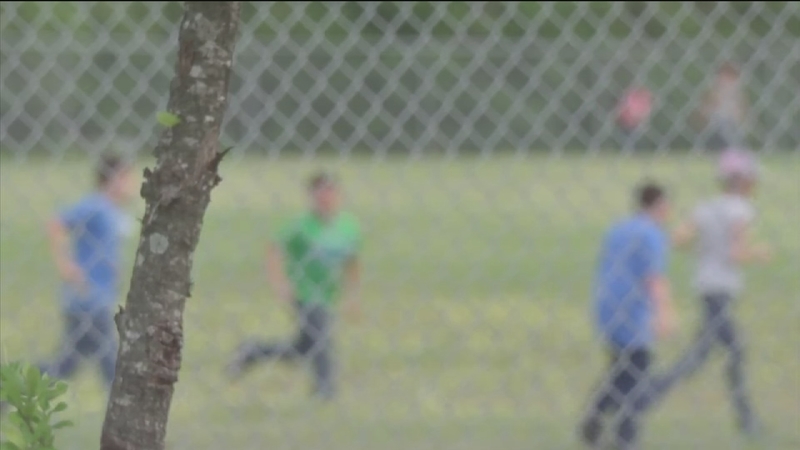 A witness says he saw the whole thing. The little girl was sitting at what's called a 'guided reading' table.

In court documents we uncovered, the witness says, he "observed (the teacher) take his iPhone ... hold it underneath the skirt of the victim."

It also says that the teacher, "destroyed the iPhone after realizing he had been caught."

But, it didn't end there. Court paperwork reveals the teacher "broke the phone by snapping it in half and throwing it into a storm drain."

Then it says, the "(teacher) led police to the broken phone ... where it was recovered."

Pasadena ISD sent out a letter only saying that the teacher resigned.

Renea Ivy from Pasadena ISD said, "Certainly anytime as a child has accusations like that as adults we need to listen, we need to pay attention. In education when there's an accusation like that it upsets all of us."

Today, another letter is going out to parents because of our news report.

The teacher denied the allegations to administrators and resigned. He taught at Laura Bush Elementary School for eight years. We are not naming the teacher because he has not been charged. Administrators say the investigation is ongoing.

Dear Parents:
The safety and well-being of our students and staff is a top priority at Bush Elementary School. Therefore, I want to make you aware of a situation that has occurred at our school.

In February, the campus received a report from a parent that a second grade teacher at Bush Elementary had taken inappropriate pictures of her child. Immediately upon learning of the accusation, the campus called Pasadena ISD Police and began an investigation. The teacher resigned the following morning.

At this time, no formal charges have been filed against the former teacher. However, Pasadena ISD continues to work with the District Attorney's office on the investigation.

To comply with privacy rights and to support the investigation, I am limited in the information I can disclose. However, I want to reassure you that, at all times, the safety and well-being of our students are of paramount importance to us. Our goal is to maintain an orderly, safe, environment that is conducive to teaching and learning.

I know this information upsets you just as it upsets me. Any time a teacher violates the trust of a child, it makes it more difficult for the majority of teachers who care deeply for the safety and well-being of our students. We will continue to work together to provide a safe and secure place for your child to learn.