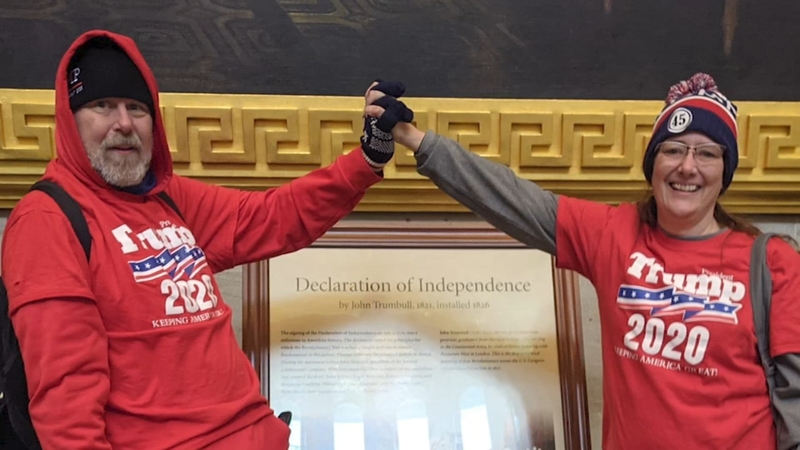 CHICAGO (WLS) -- The Justice Department has charged more than 300 people in the extremist takeover of the Capitol, but not all of the cases have been unsealed and made public. What we do know is 259 men and 41 women have been named in criminal cases, including five from Illinois facing federal charges.

A couple from Quincy, Illinois, has a court date Wednesday morning with a judge in Washington, D.C. where they are charged with crashing the Capitol on Jan. 6.

Jason and Christina Gerding were identified through pictures and posts he made on Twitter according to the FBI. His account heading featuring then President Trump and a large QAnon logo-the unfounded and discredited far right conspiracy theory alleging a secret anti-Trump cabal.

Prosecutors say among Gerding's pictures: a Capitol statute of George Washington with a Trump hat. They return to Washington Wednesday just as 400 National Guard members have returned to Illinois.

The Illinois troopers beckoned by Pentagon officials in January to help secure the U.S. Capitol after it was overrun by violent extremists.