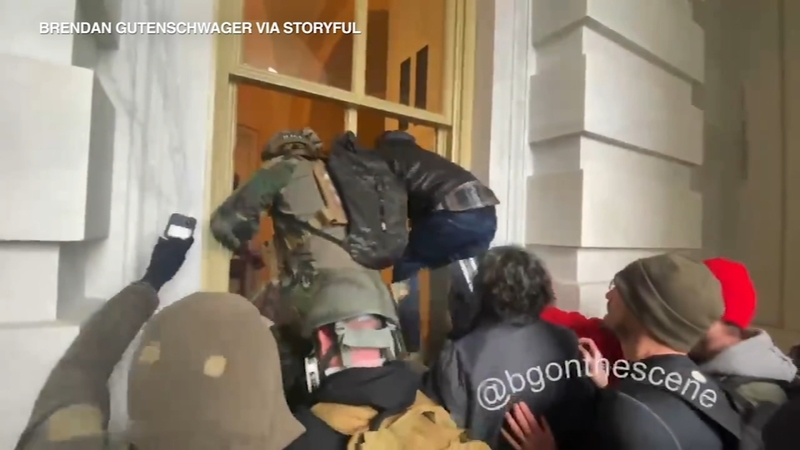 CHICAGO (WLS) -- Many watched in disbelief as the U.S. Capitol was breached on January 6, 2021, including former assistant U.S. attorney and Northwestern law professor Juliet Sorensen.

"This was an attack that people around the country, and the world watched in real time and was captured in real time, by people on their smartphones, and other devices," she said.

That created an enormous amount of evidence.

In all, at least 706 people have been charged in the riot, according to an ABC News count. That includes nearly 20 Illinois residents.

A year later, the FBI is still seeking 350 people believed to have committed violent acts on the Capitol grounds.

Experts we talked with said these prosecutions send a couple of messages.

"This case sends two signals: one is a deterrent signal. But the other is...look all of us have experienced elections when we have believed and voted for the losing candidate. That's the way democracy works. It is never an excuse to try to overturn the democratic process," said Sorensen.

"This has been a wake-up call to the threat of domestic terrorism," said Soffer. "Chris Wray, the FBI Director, testified as much several months ago and said that domestic terrorism is in many ways the top threat that the FBI has identified."

A Homeland Security memo and another email by the department's Office of Intelligence and Analysis said new content identified online could inspire violence against politicians and other officials on the one year anniversary, particularly by lone offenders.

Investigators said at least 62 rioters have been charged who are said to have ties to the Oath Keepers, Proud Boys or Three Percenters.

"DOJ very much wants to send the message that this conduct will not be tolerated," said Soffer.