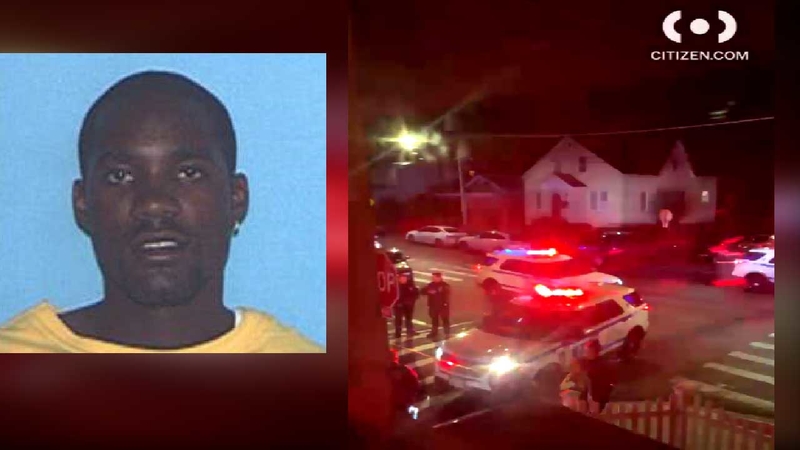 BRONX, New York -- A suspect is dead after a shootout in which two U.S. Marshals and an NYPD detective were wounded in the Wakefield section of the Bronx.

The gunfire erupted on Ely Avenue at around 5:30 a.m. Friday as Marshals were executing a warrant for a suspect wanted in connection with the wounding of a Massachusetts State Trooper.

NewsCopter 7 was over a large police presence after a shootout involving a fugitive and U.S. Marshals in the Bronx.

The marshals had information that the suspect, Andre Sterling, 35, was inside and were let in by a resident.

Officials say that's when Sterling came out of a back room and started shooting.

Multiple police units raced to the scene moments after the gunfire started.

Sterling was shot and killed.

Sterling was wanted for allegedly shooting a Massachusetts State Police Trooper in the hand in Hyannis on Cape Cod on November 20.

Update on investigation into shooting of Massachusetts State Police Trooper on Friday night, and statement from Colonel Mason. pic.twitter.com/KZ4HVNddIm

Two U.S. Marshals with the New York/New Jersey Regional Fugitive Task Force and an NYPD detective were rushed to Jacobi Hospital by other NYPD officers in a police cruiser for treatment of non-life-threatening injuries.

The detective sustained a leg injury, a twisted knee while running at the scene to help the wounded marshals to the hospital.
EMBED More News Videos

A suspect is dead after a shootout in which two U.S. Marshals and an NYPD detective were wounded in the Wakefield section of the Bronx.

A second suspect, a resident of the apartment, was also taken to Jacobi Hospital for treatment. He suffered minor injuries and was not injured in the gunfire. There is still no word on any charges for that individual.

A Glock 9mm handgun was recovered at the scene. Ballistics will determine if it was also the weapon used in the Massachusetts State Police Trooper shooting. Trooper John Lennon, no relation to the music legend, was released from the hospital several days later and continues his recovery.

The attempted arrest of Sterling was not a spur of the moment thing, it was well planned. In fact, Massachusetts state troopers were present setting up a perimeter during the incident.