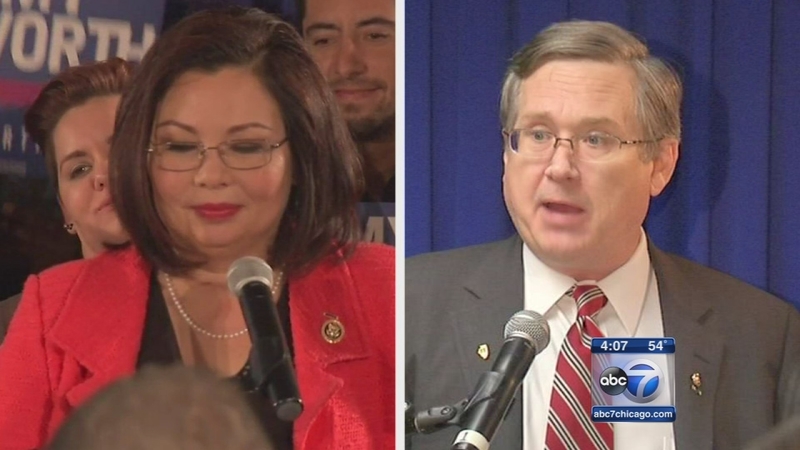 The race is expected to be one of the costliest and hardest fought of the November election. Democrats see Kirk's seat in this typically blue state as one of the party's best chances to unseat an incumbent as they try to regain control of the U.S. Senate.

The DSCC issued a statement after her victory, saying, "We are proud to congratulate Tammy Duckworth on a decisive victory in tonight's primary. Tammy's tenacity and dedication to her work on behalf of Illinois is unmatched, and she has a built a proven record of fighting for veterans, women and working families. That's exactly the type of person Illinois needs in the Senate."

Kirk issued a statement, saying, "The coming election will be one of bold contrasts on the issues that impact Illinois families most. I will continue to fight to protect our country from terrorism, ensure our veterans receive the care they deserve, balance the budget, and hold the federal government accountable."

Andrea Zopp ended her first bid at public office by throwing her support behind Duckworth. Zopp had some hurdles during her campaign, struggling with low name recognition despite years in the private sector, a time as a federal prosecutor, leading the Chicago Urban League and sitting on the Chicago Board of Education.

She took an aggressive stance against Duckworth, saying the two-term congresswoman didn't have much to show for her time in Washington. Now she says it's time to help Duckworth defeat Republican Mark Kirk in the fall.

"Senator Kirk needs to go. He's out of step and out of touch with the people of this state, and we need to put a Democratic senator, send a Democratic senator to Washington. Congresswoman Duckworth is that nominee, and I'm going to support her," Zopp said

The Illinois senate race is being watched nationally. A Duckworth win against Kirk in the fall could mean the Democrats regain control of the Senate.

Meanwhile, Zopp will not say whether this is the last we will see of her in the political arena.