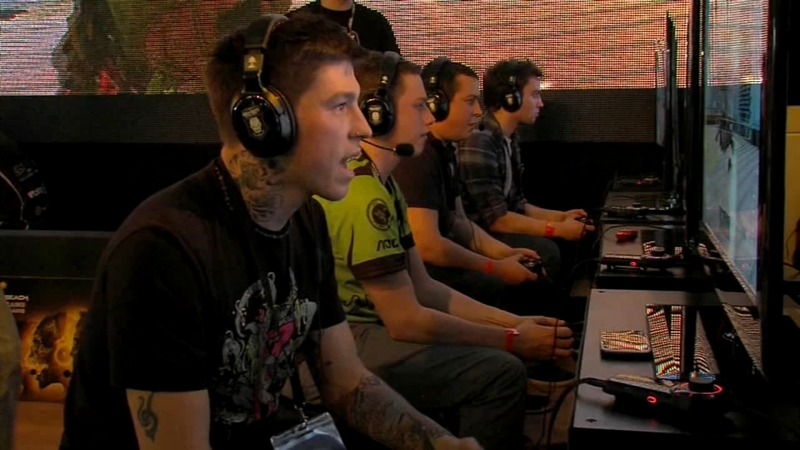 In 2017, 360 million people watched a single "League of Legends" live stream event - triple the audience of the Super Bowl.

ESports like "League of Legends" gained a negative spotlight Sunday after a deadly shooting in Jacksonville, Florida, allegedly perpetrated by "Madden" player David Katz, raising questions about the mental health issues that could come from competitive gaming.

Games like "Madden," "League of Legends" and other eSports have millions of fans around the world, billions of dollars up for grabs at high-level tournaments, and colleges offering scholarships to top competitors.

"For a lot of people, this is their livelihood," said pro-gamer Stephen Javaruski, a survivor of Sunday's shooting who relies on tournament winnings to pay for college. "This is how they put food on the table. It can be stressful."

"It was obvious he didn't want to be a part of the community," said Javaruski of Katz. "People talked to him, people tried to make him feel welcome."

Elite eSports competitors can spend up to ten hours a day practicing, isolated from the outside world. Some say mental health struggles are prevalent in the industry.

Recently, the World Health Organization stated digital games can be addictive, just like alcohol or gambling.

"The idea of immediate rewards is very, very relevant to these people," said Dr. Celeste Napier, head of the Center for Compulsive Behavior and Addiction at Rush University. "Your brain is structurally, functionally, biochemically, even genetically changed after you have engaged in those behaviors for a protracted period of time."

Napier also said those with video game addictions often have other mental health disorders as well.

"To have these kinds of rewards by yourself, and you're in a room interacting with a computer and you don't have to interact with other individuals or peers, sometimes it's a way that you're self-medicating, if you will," Napier said.