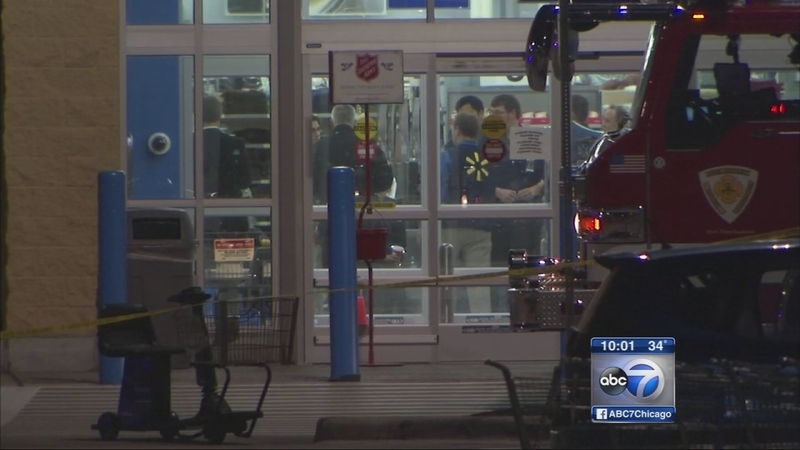 DARIEN, Ill. (WLS) -- Police are searching for the suspect in a shooting that injured one person at a Walmart store in west suburban Darien.

Police said it began with an argument followed by three or four shots. It all played out Thursday night in the busiest part of the store near the checkout lines, leaving workers and customers rattled.

"All I just saw was just sparks, and I heard these gunshots," said a Walmart employee who didn't want to give her name.

"Everybody just looked shocked. They didn't know what was going on. Froze," a male employee said.

Police said the shooting took place around 5:30 p.m. inside the front of the store near a Subway restaurant. One person opened fire, hitting the other in the right shoulder. The gunman then leaving the store.

"I was on the register ringing up a customer, and me and her heard what had happened. I just told her to run to the back," the female employee said. "Some were crying. Some were in shock. It was just, it came out of nowhere."

With people on edge after the San Bernardino shooting, many here feared the worst. Police arrived in large numbers.

"I was extremely frightened with all the crazy stuff that's going on that someone would be outside waiting for us all to come out of the store," said a woman who was shopping inside the store at the time.

"We have some good leads, and so we'll have to look at that information gathered from the witness statements and the evidence," said Interim Chief Greg Thomas, Darien Police Dept.