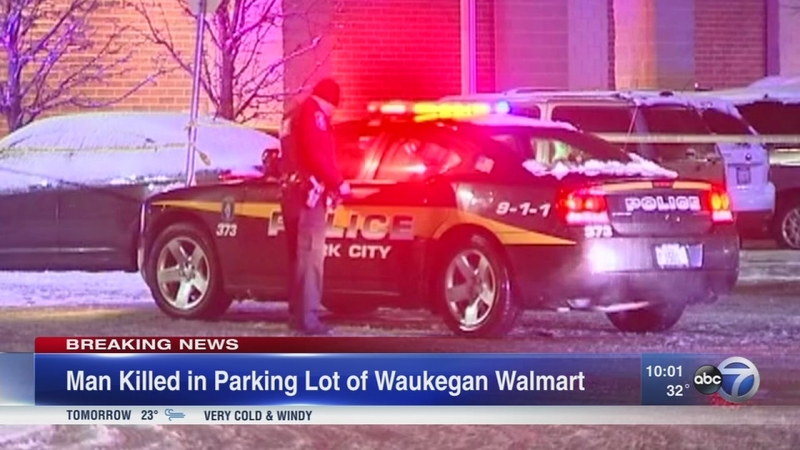 WAUKEGAN, Ill. (WLS) -- Waukegan police have launched a homicide investigation after a person was found dead in a Walmart parking lot Monday evening.

Police said they were called to the Walmart in the 3900-block of Fountain Square Place around 6 p.m. for a reported hit and run, as well as reports of shots fired. There, they found a person dead on the east side of the parking lot.

Police did not release details of how the victim died. They said the store was busy with shoppers at the time, but the incident was contained to the less-busy northeast side of the parking lot.

Police said the death did not appear to be a random act, and that they do not believe there is a threat to the community, but that the investigation is in its early stages.

"It does appear to us that based on what we've learned at this time, that this was not, and I repeat not, a random incident," Walles said.