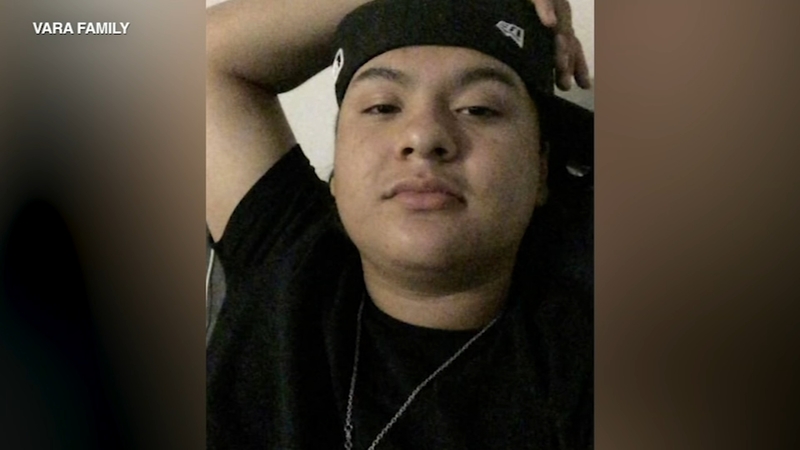 WAUKEGAN, Ill., (WLS) -- The family of a 15-year-old boy who was shot to death in August shared touching memories of the boy Monday.

James Vara was only 15 years old when he was shot and killed in Waukegan.

His brother, Brian, stood in front of a growing memorial and said he was at home when detectives showed on the door to let the family know that James was gone.

"I woke up 2:30 a.m. by my little sister screaming that he was gone. My mom was on the couch crying and my dad was with her," Brian said.

The soon-to-be high school freshman was at a car show with a few friends in the parking lot of this usually busy strip mall in the 700-block of North Green Bay Road.

"They do car shows by the Zip Fitness- that was one of his favorite things to do," Brian said. "He would always go out to Chicago and hang out and watch cars- he loved the cars."

Witnesses said just before 10 p.m. at least two men walked up, pulled out guns and shot the teen in the head.

Detectives released a photo of a vehicle of interest in the murder and asked people to come forward with information.

"The said they had face masks on and hats on too," Brian said.

The Vara family asked for information on the case as they laid the teen to rest- his mother heartbroken by the sudden loss.

"That's all she wants, she just wants the justice for him," Brian said. "She wants to be at peace."

Brian remembered his brother for his fun and outgoing personality.