CHICAGO (WLS) -- The bitter cold that moved into the Chicago area on Christmas Day is expected to stick around into Tuesday, particularly in the far north suburbs.

A wind chill advisory was issued for Cook, DuPage, Ford, Grundy, Iroquois, Kankakee, Livingston, Will, Lake, Kane, McHenry, DeKalb, Boone, Ogle and Winnebago counties in Illinois and Benton, Jasper, Lake, Newton and Porter counties in Indiana until 11:00 a.m. Wednesday, the weather service said. The coldest conditions will exist north of I-88, where wind chills could range from 15-to-25 degrees below zero.

Tuesday's high was only 5 degrees with wind chill values as low as 15 degrees below zero, according to the National Weather Service. A hazardous weather outlook is in place, warning of "significant excessive cold risk" throughout northern Illinois and northwest Indiana through Wednesday.

The dangerously low temperatures could cause frostbite on exposed skin in as few as 30 minutes, according to the weather service.

The cold is expected to linger through most of the week, with highs rising back into the teens on Thursday and Friday, with a chance of snow both days, the weather service said.

There was no dawdling Tuesday. Everyone was walking as fast as they could to get to their destinations-- some even running-- as subzero wind chills took over the city.

But as hard as the bitter cold is, the city's homeless population bears the brunt of it. For them or others without heat, warming centers are open throughout the city.

"If you don't have heat in your home just call 311. There's no point in taking a chance. The city has warming centers around the city and also hospitals are warming centers, police stations, libraries, park district facilities," said Commissioner Lisa Morrison Butler with the Department of Family and Support Services.

Franciscan Outreach on the city's Northwest side has booked all 345 of its shelter beds for Tuesday night, but a wait list is available in an attempt to not turn anyone away.

"Many of our guests have experienced hypothermia. So we know in the 15 or 30 minute period many of our guests could freeze to death, so our goal is to ensure that everyone comes in tonight, on this cold winter night, and ensure they have a hot meal and anything else they may need," said Cynthia Northington with Franciscan Outreach Association.

"Be good neighbors. Look out for the people that live around you. Have you seen a neighbor in a couple of days? Do you know someone who's old and might be living by themselves?" said Commissioner Butler.

In response to the single digit temperatures and below zero windchills, the Illinois Tollway has activated 24-hour Zero Weather Road Patrols to assist stranded drivers in disabled vehicles. Motorists may call *999 for assistance, the agency said. In addition to traveling with a fully charged mobile phone, they also recommend keeping tires properly inflated, maintaining at least a half full gas tank and having a cold weather safety kit inside the car with gloves, blankets, road flares and a flashlight.

"I got several layers on, about three pairs of socks, gloves, mittens the works, hot coffee, yes plenty of that," said Barbara Jones.

Leo Hernandez works outside all day and has to mentally prepare for the colder temperatures this week.

"Just probably mentally the day before think in my head about being warm, not thinking about (how) it's gonna be cold," he said.

This is Jay Barki's first bitterly cold winter in Chicago, and he is not thrilled.

"It's freezing. I come from the tropics, and my coldest winter so far has been, like, 70 degrees. This is pretty bad," he said.

As a deep chill settled over the Chicago area Monday, the Christmas spirit was still in the air, and people were out enjoying sledding, snowball fights, ice skating, and holiday lights. 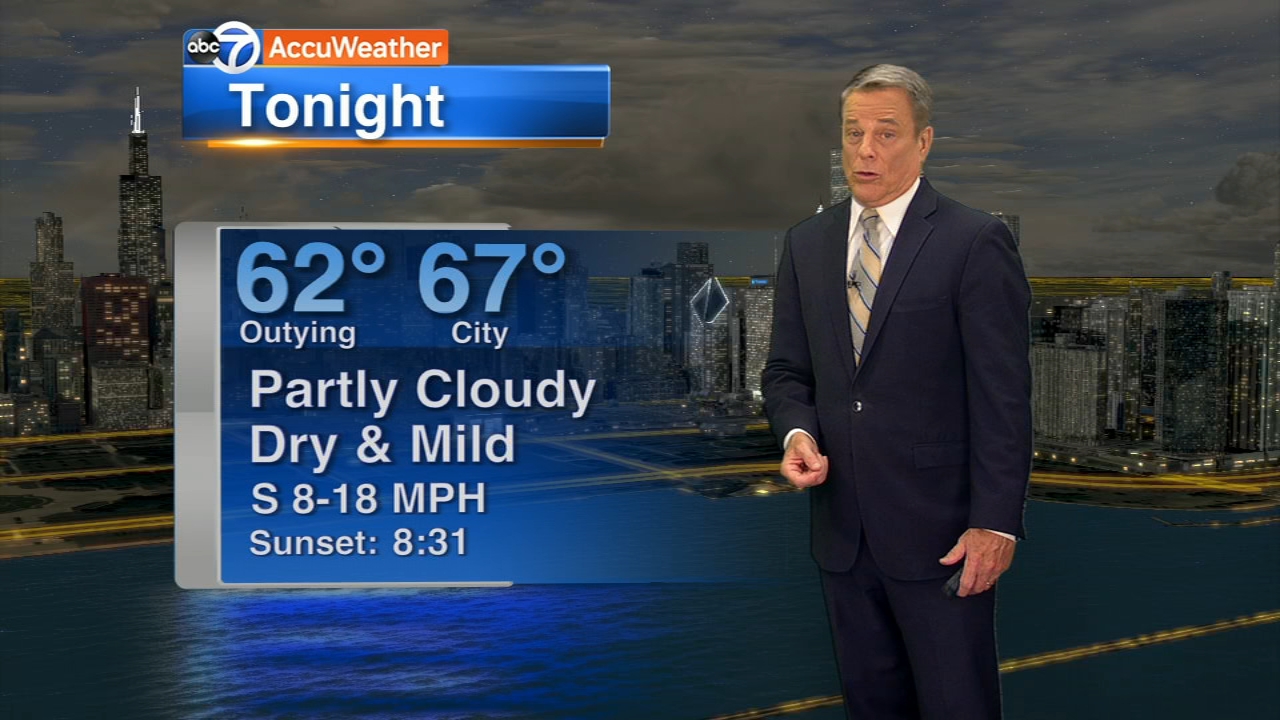 "You just prepare with your coat, your mittens, your muffs, everything you need to take care of," said Devante Swanson.

Families played in the snow at Maggie Daley Park in downtown Chicago.

"Well, we're very happy that it snowed. It is cold, but when you're skating it's not so bad," said Sherri Gregorczyk.

Some had less success warding off the chill.

"The girls wanted to go ice skating and we tried, but it's really cold. It's freezing," said Callie Hill.

Out by Soldier Field families bundled up and busted out the sleds, sliding down the nearby hills.

And others walked up and down the Magnificent Mile, looking for the perfect holiday photo.

"I just made sure I had some warm thick leggings on, a big old coat, and boots I got from Cabela that keep my feet warm," said Tranace Moses. "It is freezing cold but you last, if you from Chicago, you last. That's all you do."

On such bitterly cold nights it's important to protect your pets, plants and pipes.

For dogs, they recommend bringing a towel on long walks to clean off irritated paws. Wash and dry dogs' feet, legs and belly after walks to remove ice, salt and chemicals and check for redness and cracks in their paw pads. Booties, petroleum jelly or paw protectants can also help protect paws from salt and ice.

The Anti-Cruelty Society also warns that outdoor or stray cats may seek warmth by climbing up into a car's hood near the engine or in a wheel well, leading to injury or death when the car is started. Honk the horn and knock on the hood of the car to encourage cats to leave before starting the vehicle. The safest place for a cat is inside.

If you're too cold outside, then it's also too cold for dogs, cats and other pets. By law, animals that must be kept outside must have adequate shelter and bedding. It's possible for pets left outside to get frostbite or freeze to death.