Woman stabbed to death in 'random' attack while jogging in DC; suspect charged with murder 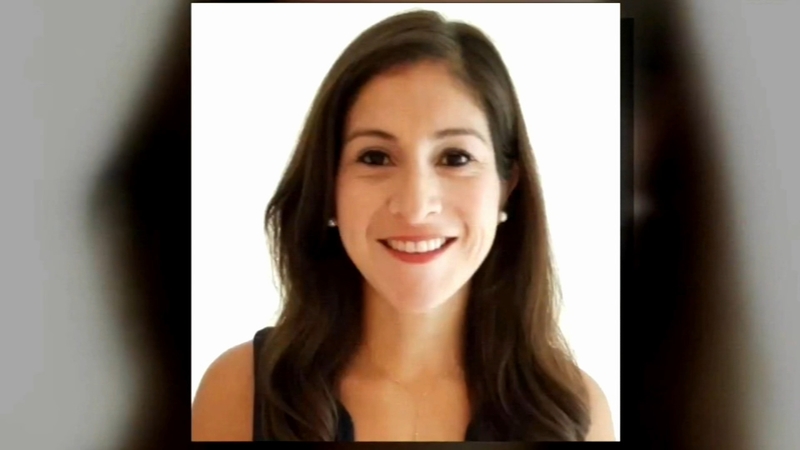 WASHINGTON (WLS) -- A 23-year-old man was charged in the murder of a Washington, D.C. woman who was stabbed to death while jogging Tuesday night. Police said there is no indication 35-year-old Wendy Karina Martinez knew her killer.

Martinez stumbled into a Chinese restaurant in Logan Circle on Tuesday night, suffering from multiple stab wounds to the face, neck and back, police said. Martinez tried to alert customers to her attacker, but the suspect had already fled the scene, witnesses said.

Police in Washington, D.C., said Thursday that a suspect was arrested in the murder of a woman stabbed to death while jogging on Tuesday. They said she did not know the suspect.

D.C. Police Chief Peter Newsham said the attack was unprovoked. She had been jogging west on P Street just before 8 p.m. The suspect, who was standing on on the sidewalk near 11th Street, stabbed her seven times, according to court documents.

Newsham said bystanders, including a nurse, called 911 and tried to help her. Martinez was taken to a hospital, where she died of her injuries.

"They tried to provide medical assistance to her. Unfortunately, she was taken to a local hospital where she was pronounced dead," Newsham said Wednesday. "It is more likely a random act than anything else, but we're going to look at all possibilities."

The Metropolitan Police Department released surveillance footage of a suspect that showed a man wearing a long-sleeved mustard-colored shirt, flip flops and white socks. The department offered $25,000 for information leading to an arrest.

A written statement from MPD Officer Alexander Vogel said detectives found a knife "covered in apparent fresh blood" and a distinctive "mustard colored sweater with evidence of possible blood" were found near the crime scene.

A look back at joggers that have been killed

Police announced at a press conference Thursday that 23-year-old Anthony Crawford of northwest D.C. had been arrested after investigators identified him, with help from the community, as the person in the surveillance video.

Crawford was located in a park at 14th and Girard streets, taken into custody and questioned by homicide detectives. Court documents said he had "bandages on his fingers and on his right hand."

He was charged with first-degree murder while armed and was expected to appear in court Thursday afternoon.

Investigators said there was no evidence of robbery, so the motive in Martinez's murder is still unknown.

SAFETY TIPS: How joggers can protect themselves

Martinez's family released a statement Wednesday asking for privacy to mourn Martinez. She and her fiancé, Daniel Hincapie, were engaged last week. Police extended their heartfelt condolences to them.

"We are deeply saddened by this senseless tragedy," her mother, Cora Martinez, wrote in a statement. "Wendy Karina Martinez was the light of our lives. Not only was she an avid runner, but she was a devout Christian, a wonderful friend, and a driven professional. Everything you hope that a daughter and a friend could be. She was also excited to be planning her upcoming wedding to her fiancé, Daniel Hincapie. They were engaged just last week. We ask that you respect our privacy as we grieve the passing of her beautiful soul and inform her friends and family of this terrible news. We also want to encourage the community to please contact the police with any information that may lead to finding justice for Wendy. The hotline number to call is 202-727-9099. Simply put, Wendy was fearfully and wonderfully made! Now we know she has found the one whom her soul loved."

FiscalNote, Inc. tweeted Wednesday that Martinez was the technology company's chief of staff.

"The entire FiscalNote family is shocked and deeply saddened to learn that Wendy Martinez, our Chief of Staff, was killed last night," the company wrote. "Wendy was an invaluable member of our team and a vibrant member of the community. Our thoughts and prayers are with Wendy's family and friends."