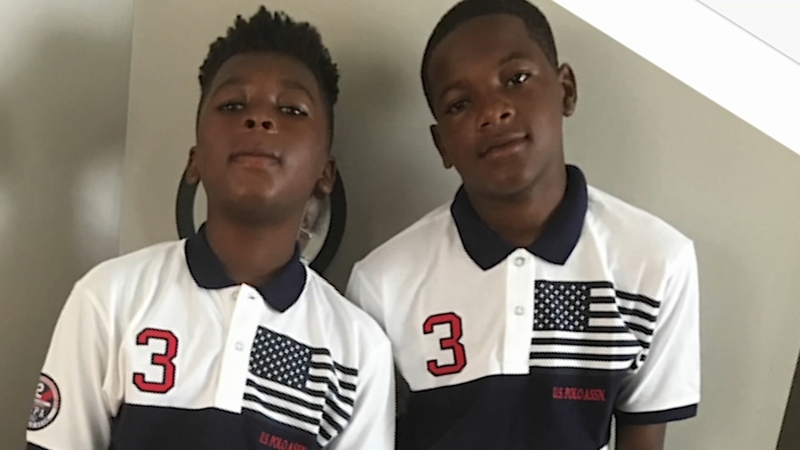 Chicago police said two men fired shots into the Gotcha Faded barbershop in the 200 block of N Pulaski Road Thursday at around 6:15 p.m.

Police said the men first entered the bustling West Side business and "looked around" before exiting the barbershop and opening fire.

"They exited the barbershop. They then pointed firearms into the doorway of the barbershop and started firing multiple times," said Chicago Police Dept. Deputy Chief Ernest Cato.

The offenders then fled northbound on Pulaski, according to police.

Three boys, ages 11, 12 and 16, were struck by bullets and two men were also wounded, police said.

Brothers Lorenzo Matthews, 11, and Michael Smith, 12 were wounded in the shooting. Both are in critical but stable condition.

Their mother said Lorenzo is in surgery after he was shot three times.

An unidentified 16-year-old boy was shot in the hip and taken to Stroger Hospital in stable condition, police said.

Chicago police also said a 30-year-old man was shot in the arm. He took himself to Loretto Hospital, where's hes listed in stable condition.

A 40-year-old man is in stable condition at Mount Sinai Hospital after being shot in the thigh.

The corner barbershop is a popular spot for neighborhood families and children.
Customer Nicky Triplet said, "Kids always get their haircuts. Three kids got shot? That's, that's... it's senseless."

Police said detectives are pouring over video from the barbershop and surrounding blocks, trying to identify the gunmen.

Why they opened fire and who they might have been targeting remains unclear.