'What They Had' is love poem to director's hometown, Chicago 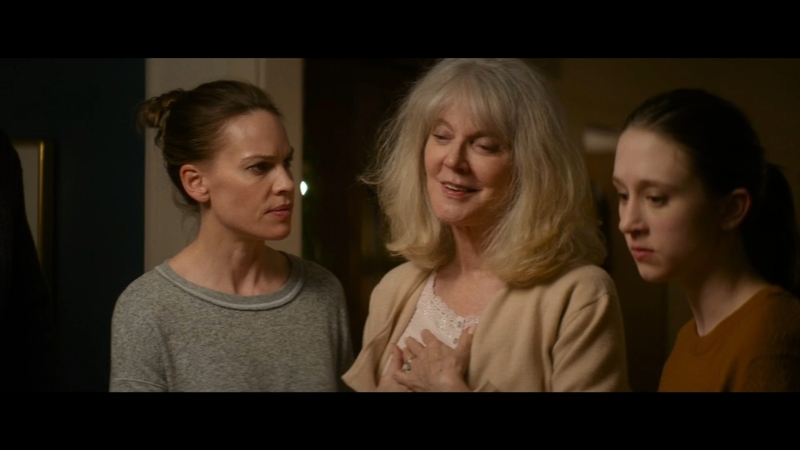 'What They Had' is love poem to director's hometown, Chicago

CHICAGO (WLS) -- "What They Had" is a new movie that opens here in Chicago next week, where it was filmed. The performers, including Hilary Swank, are getting rave reviews.

Director Elizabeth Chomko spoke with ABC7 Eyewitness News about why it was so important to make this movie in her hometown.

Swank plays a woman who comes back home to Chicago because her mother's dementia is getting out of control. William Forster plays her dad, who refuses to put his wife in a nursing home.

He and Chomko were just in town, where this story happened to her own grandmother.

"Our family dealt with it with laughter. That surprised me. That was always a big part of our fabric - our family fabric - and I thought we would lose it, that nothing would really be funny anymore, but it wasn't that way," Chomko said.

"The biggest surprise about this movie is that there are not only tears, which we would expect, but there are laughs. This is the balance that makes a movie good for 100 years," Forster said.

He usually plays bad guys - people who are kind of cranky.

"I got caught for 13 years playing bad guys. But I started out as a good guy and then I did a picture called, 'Delta Force,' where I was a bad guy, and I didn't get out of it until 'Jackie Brown.' Quentin Tarantino gave me a good guy part. From that point until now, I've been a moderately good guy," Forster said.

"I was really firm. I just wanted - I wanted it to feel super grounded and real and authentic. I thought that was the key to the tone, trying to nail that laughter through tears. So it was essential for me that the authenticity of Chicago was here. I was dying to celebrate the city that I love, it was like a love poem to my home town," Chomko said.
Report a correction or typo
Related topics:
arts & entertainmentchicagodementiaentertainmentmovieactorfamily
Copyright © 2022 WLS-TV. All Rights Reserved.
TOP STORIES
9 shot, 2 fatally, on Near North Side
Chicago mass shooting victim ID'd as father of 2, with twins on way
Officer relieved of powers after teen carjacking suspect shot: CPD
United cancels couple's flight, charges $4K more for same seats
South Side high school fight leaves multiple teens injured
Lakeview Food Pantry renamed Nourishing Hope amid expansion
Safety top of mind as many prepare for boating season
Show More
Wild shootout at 7-Eleven store caught on video
Chicago Weather: Thunderstorms possible
City Council to take up ordinance on curfew changes
Illinois reports 4,692 new COVID cases, 11 deaths
Marine veteran seriously injured in Irving Park hit-and-run
More TOP STORIES News