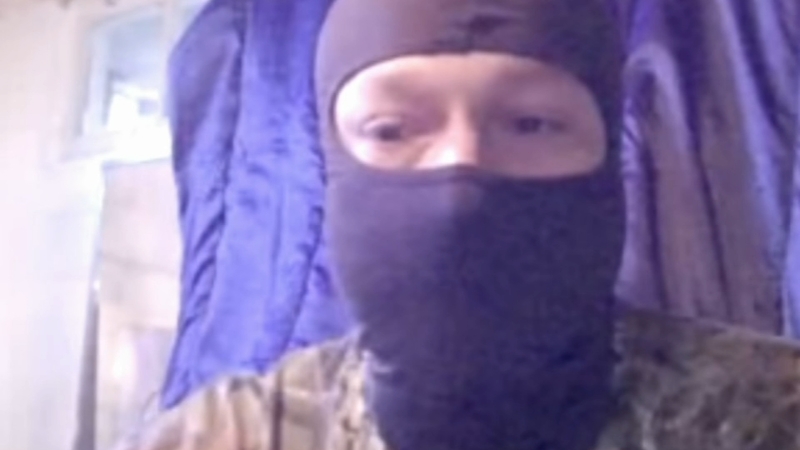 CHICAGO (WLS) -- The leader of the White Rabbit militia group - which waged a bomb campaign against several targets in the Midwest - has decided to plead guilty to an attack on a downstate Illinois abortion clinic.

RELATED | The next crackdown on Illinois' White Rabbit militia

The prison sentence for the Illinois crimes would be served along with another sentence Hari received for firebombing a Minnesota mosque.

The 2017 attempted bombing in Champaign came just months after the militia group firebombed a Minnesota mosque.

In that attack, a ferocious pipe bomb blast ripped through the Al-Farooq Islamic Center in Bloomington, Minnesota.

The powerful explosion occurred during a busy time at the mosque, but somehow no one was killed.

As the FBI tried to figure out who was responsible for the mosque attack, three months later there was a similar attempt on an Illinois women's health clinic and abortion center in Champaign.

Evidence tied the two attacks to a group that called itself the White Rabbit militia, headquartered in the small central Illinois town of Clarence in Ford County.

The mosque attack was to send a message according to federal investigators: the Muslims weren't welcome in the US and they wanted to scare them into leaving.

Several people were accused by federal authorities in both bombings, and with various weapons charges.

The leader of the domestic terror gang according to FBI agents is Emily Claire Hari, who was convicted of the Minnesota bombing and sentenced last fall to 53 years in prison.

Hari pleaded guilty to the Illinois charges in a federal courtroom in Urbana, avoiding a trial in that and what legal experts said was a near certain conviction.

With the White Rabbit leader already behind bars for decades, and now facing another lengthy term, this domestic terror case ends in what amounts to a life sentence.

Several co-defendants testified against Hari in the mosque bombing and undoubtedly convinced the militia leader that there was no way out of the Illinois charges.

Not only does this spell the end for Hari, law enforcement officials also believe it is the end for the infamous White Rabbits.