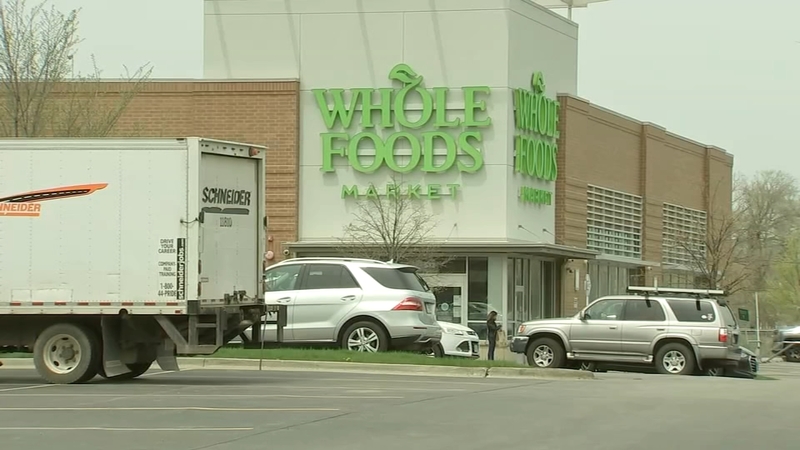 Customers of the Whole Foods Market in Englewood said they were thrilled when the store opened in what was considered a "food desert" on Chicago's South Side.

The new Whole Foods in Englewood will offer items unique to the South Side store, including banana pudding and bean pies.

They felt the grocery store made a promise to provide fresh produce and healthy food. Now, they feel the announced closing is like a slap in the face.
"For the store, it's a devastating blow to our community," resident Jon Moton said.

A spokesperson for the organic grocer confirmed the shuttering of the South Side location along with its DePaul University shop, writing: "We have made the difficult decision to close six stores. We are supporting impacted Team Members through this transition and expect that all interested, eligible Team Members will find positions at our other locations."

The two local closures are among six stores being closed out of the more than 530 locations of the nationwide grocery chain owned by Amazon.

First opened in 2016, the 63rd Street grocery store was opened in what was once a food desert, promising to bring healthier food choices to the area. At the time, Mayor Rahm Emanuel and the city committed over $10 million in tax breaks to help make the store a reality. The store employed around 100 people.

Asiaha Butler, CEO of the Resident Association of Greater Englewood, said she worried the store would close.
"We knew this wasn't a store that was supposed to gain a lot of profit," Butler said. "We are in a food apartheid here and this was a corporate responsibility decision that was done."

Residents said they were particularly angered by the news as it came two days after Whole Foods opened a huge new store downtown at Chicago and State.

A spokesperson for Leon Walker, managing partner of DL3 Realty, the builder responsible for developing Englewood Square, said in a statement that Walker is confident another grocer will take over the space: "There is too much investment and so much momentum.... The underlying business case is still solid."

Dion Dawson, who founded Dion's Chicago Dream, a not-for-profit addressing food insecurity in the neighborhood said it could open the door for new opportunities.

"We have a delivery program dream deliveries where we're delivering 11,000 pounds in more than 19 Chicago areas because we can't continue to be reactive to a company closing shop and moving," Dawson said.

While the Whole Foods may not close for several more months, the DePaul store may close as soon as next week.

"Amazon's decision to close stores in Englewood and Lincoln Park as part of a nationwide closure of stores is obviously disappointing. My immediate worry is for the workers in both locations. Amazon must now take clear steps to protect those workers as they transition to new opportunities. Having been in both of those stores many times over the years, I saw first-hand how those workers gave their heart and soul to make the stores a success. Together with both communities and local elected leaders, my administration will work to repurpose these locations in a way that continues to serve the community and support the surrounding businesses. We as a city will continue to work hard to close food deserts that meet community needs with community at the table."
Report a correction or typo
Related topics:
shoppingchicagoenglewoodwhole foodsstore closinggrocery store
Copyright © 2022 WLS-TV. All Rights Reserved.
STORE CLOSING
Dinkel's Bakery to close after 100 years on North Side
Dinkel's Bakery closing in Lakeview after 100 years
Adam's Apple, Chicago's oldest head shop, closing North Side doors
Gulliver's Pizza in West Ridge closing after more than 50 years
TOP STORIES
Teen charged in boy's shooting death near 'Bean;' curfew enacted
10 killed in Buffalo supermarket attack police call hate crime
Tenants call for action after 3 found dead in North Side building
Boy, 14, killed in north suburban shooting, police say
Police release names of victims killed in mass shooting at supermarket
Arby's manager urinated in milkshakes for sexual gratification: police
2 killed, 2 hospitalized after rollover crash on I-290, ISP says
Show More
31 shot, 5 fatally, in weekend violence, Chicago police say
1 killed, 5 hurt in California church shooting, authorities say
'American Idol' contestant from Illinois makes it to Top 5
A total blood moon eclipse is happening this weekend: How to watch
Mars Wrigley issues recall of several gummy candies
More TOP STORIES News