Was Will Smith's Oscars slap a display of 'toxic masculinity'? Psychologist weighs in 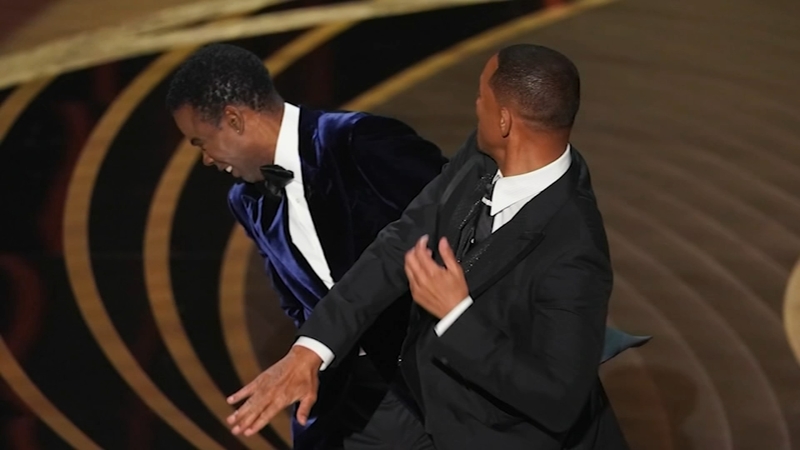 Some call Will Smith's slap a display of 'toxic masculinity'

CHICAGO (WLS) -- Some are calling Will Smith's Oscars slap an example of "toxic masculinity," while others say it is a teachable moment, especially for young Black men and boys.

Like millions of Americans watching the Oscars, community psychologist Dr. Obari Cartman couldn't believe what was unfolding on stage between two of Hollywood's biggest entertainers.

The 2022 Oscars broke records and had some triumphant firsts for representation and diversity among the artists honored.

They are moments Cartman works to prevent by creating safe spaces for Black men to come together to process their experiences and emotions.

While comedians are used to heckling, the physical confrontation between Will Smith and Chris Rock at the Oscars wouldn't fly at Chicago's comedy clubs.

"In Chicago, we talk about people dying because a man can't regulate their ego," Cartman said. "We couch it in the language that is 'protect Black women' or 'protect the community.' But it's much more about protecting his own image."

Which is why some are calling Will Smith's actions a show of toxic masculinity. Cartman said Smith should have consulted with wife Jada.

"I imagine she would have said, 'just calm down. We'll handle this later,'" he said.

Carl H. Tutt Jr. is the immediate past board chairman of 100 Black Men Chicago. He agrees that Smith's response was wrong. Tutt hopes the actor uses this mistake as a teachable moment for young men.

"This is a perfect time for him to be able to lend himself and talk about how we can do a better job of conflict resolution and maybe this can have a better overall impact with the violence that we have," Tutt Jr. said.

Will Smith wins Oscar for actor in a leading role for 'King Richard' centers his speech on protecting family after confrontation with Chris Rock on stage.