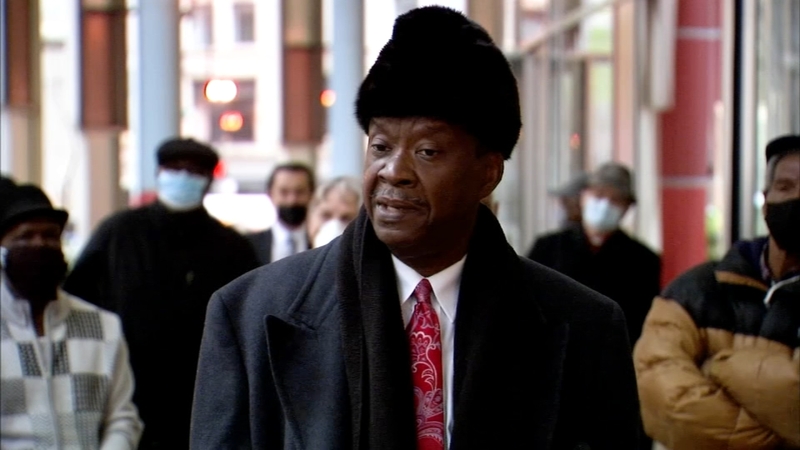 "We ask Governor Pritzker to recognize the church as an essential business," Wilson said. "The church is like a hospital, a lot of people go to churches to get their mind and condition in check."

"We'll be 6 feet apart, and we'll just have our service as we used to have it," said Robert Patterson, pastor of The Spirit of Truth Missionary Baptist Church.

Wilson did not name the churches or say where they were, though various church leaders from around the state have pushed for services to resume.

"As weeks go on and on, you feel a need to be with your assembly and sometimes the best person to be with at times of fear is your minister who can give you a word to calm you down," Jimmy Lee Tillman II of the Martin Luther King Republicans said.

Wilson said the pastors have agreed to enforce social distancing as well as provide masks and hand sanitizer.

"Those liquor stores and other kind of stores are open. These are our churches and everything. So I think the governor and the mayor have failed the people," Wilson said.

"The idea of encouraging pastors to bring what amounts to a large population of elderly African Americans to church to get together is not only in defiance of the executive order but also putting them at significant risk," Pritzker said.

COVID-19 continues to devastate communities of color and vulnerable senior citizens are already at high risk of catching the virus.

According to local health department officials, nearly 70% of all positive COVID-19 cases in Chicago are African American patients.

Pritzker said he encourages Wilson to do his homework and look at what the science and data says.

Finney said he believes it's possible to worship without gathering to save lives.

"We believe that the mayor of the city of Chicago and the governor of the state of Illinois are right when they have argued that we should not ...that nobody should be organizing large gatherings," Rev. Finney said.

He said that, "If the church is going to stand for anything, it has to be for the salvation of the saving of lives."

The idea of retuning to large church gatherings has gotten plenty of criticism.

Community activist Ja'Mal Green said Wilson should pay for the funerals and hospital bills of people who get sick after going back to church.

"This is silly and irresponsible to send churchgoers in and expose themselves to a virus that can kill them," Green said.

A federal judge also ruled against two Chicago area churches Wednesday that had sued over the stay-at-home order, calling their legal action "ill-founded and selfish."

Judge Robert Gettleman ruled on the lawsuit from Elim Romanian Pentecostal Church in Chicago and Logos Baptist Ministries in Niles.

The plaintiffs sued, saying that by restricting religious gatherings to 10 people or less, Governor Pritzker violated their federal constitutional rights, including the right to free exercise of religion, the right to peaceably assemble, and their right to "be free from government hostility and disparate treatment under the Establishment Clause" of the First Amendment.