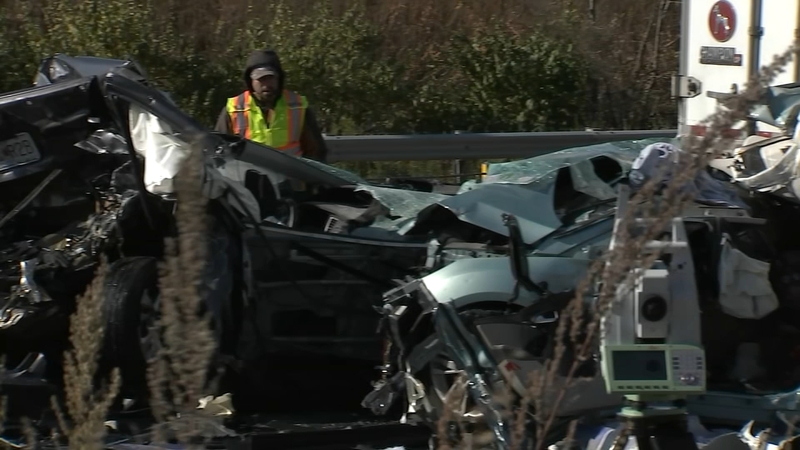 WILMINGTON, Ill. (WLS) -- One person was killed and another was seriously injured in a chain-reaction crash on northbound I-55 in south suburban Wilmington Thursday morning.

The crash involved three semi-trucks and two passenger vehicles in the northbound lanes of I-55 at Lorenzo Road. The deceased victim was identified as Kenneth Bloor, 34, of St. Peters, Mo.

Three semi-trucks and two cars were involved in a crash on I-55 in south suburban Wilmington Thursday morning.

"The very first semi trailer was traveling down the road and crashed into two passenger vehicles that were stopped in the right lane and were also behind two semi trailers," Trooper DeAnn Falat said.

Northbound lanes will be closed for an extended period of time and is being rerouted onto Illinois Route 113. As of 4 p.m., only one lane had reopened.

One person was seriously injured and another suffered injuries that were not life-threatening, officials said.

There have been a number of other serious crashes along this stretch of I-55. Residents say there is a lot of truck traffic and construction on the interstate that forces it to one lane about a mile from the crash.