CHICAGO (WLS) -- A scary and tense moment was caught on video Tuesday as a window washer dangled more than 50 stories in the sky off a downtown high-rise.

The incident all unfolded near Ontario and Dearborn streets in Chicago's River North neighborhood.

Calls to 911 began around noon, with help arriving a short time later. Emergency officials responded to 33 West Ontario to find the 30-year-old window washer holding on for dear life to the side of the nearly 60 story skyscraper.

"He was up there working and he had two lines on him," said Chicago Fire Department Battalion Chief Brian McCardle. "His main line broke and his second line grabbed him, but he fell two stories in that time frame."

The window washer was using a swing harness while cleaning the windows and the free fall stopped between the 53rd and 54th floor. 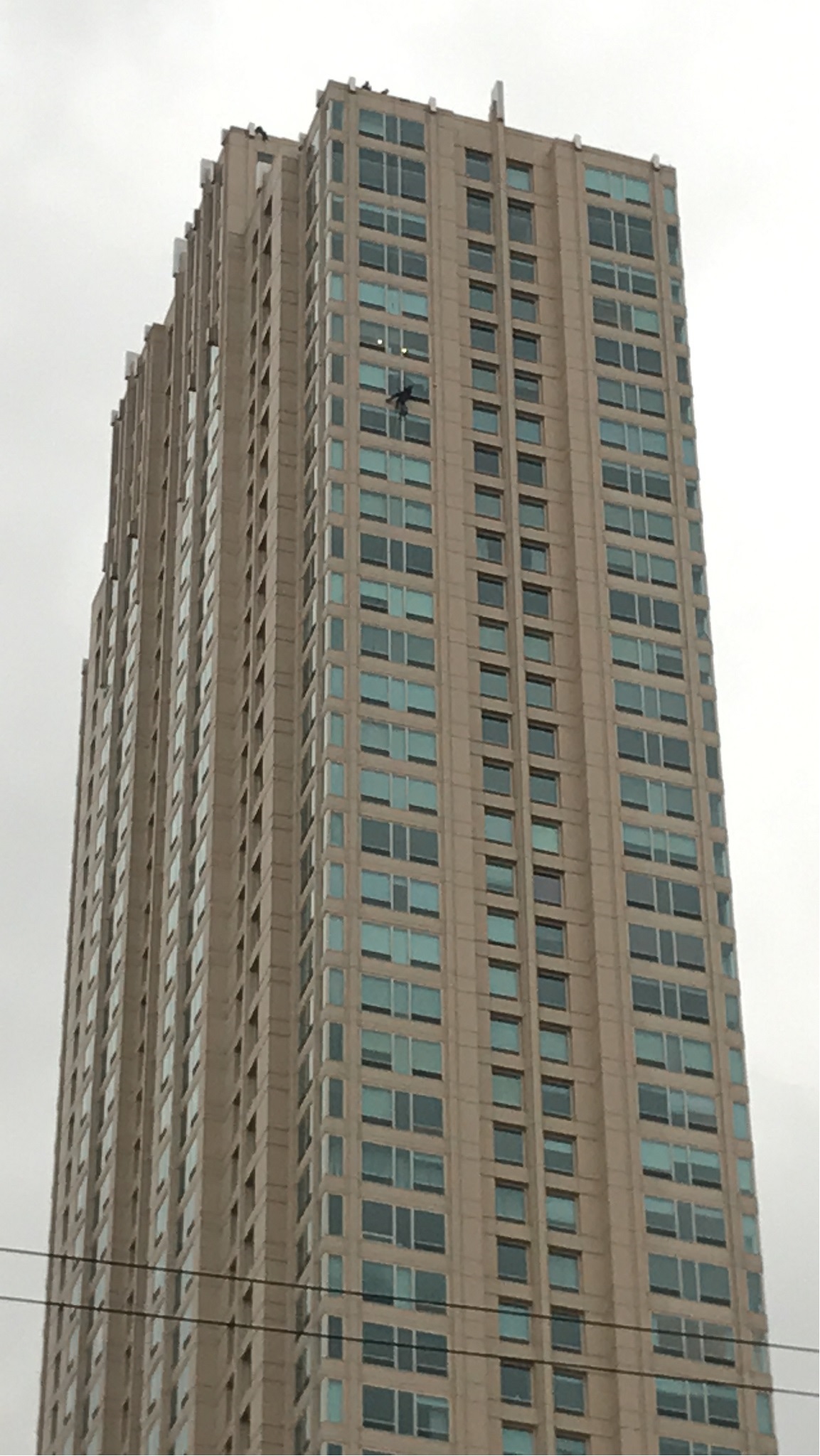 "We immediately went to the floor where he was calling from and talked to him right away. We're able to give him a short, 'juno' we call it, to hold him in place to give him a little bit more security," said Chicago Fire Department Captain Salvatore Mastrodomenico.

The man was pulled to safety after about 25 very intense minutes as onlookers like Priscilla Williams watched the incident unfold.